Is it the right time to remove Section 377?

Section 377 has been much in news for a long time. It deals with discrimination based on gender. Much has been talked about it either for its support or against it. Let’s know what is section 377 and the story of battle of removing Section 377 so far.

Being a homosexual is considered a taboo in the Indian society even today. The Supreme Court is now gearing up to pass judgment in order to either decriminalize homosexuality or retain the Section. The background for a need to review the Section comes from the Justice K S Puttaswamy Vs Union of India last year which holds the right to privacy as protected under the Article 21. But what is it about? How has it come around in the country? Is it justified to retain this today in a country which has inscribed words like liberty, freedom, and equality in its Constitution? Let us look at how this law came into place.

What is the history of Section 377?

Section 377 dates back to 1861 during the British rule in India. In simple terms, it deals with the topic of unnatural offenses i.e. whoever voluntarily has sexual intercourse against the order of nature with any man, woman or animal shall be punished. Though this targets all people – both homosexual and heterosexual, this arguably includes the homosexual sexual and transgender sexual activities (mainly implies the LGBTQ community) which are “against the order of nature” despite having the consent of the two adults involved. The punishment under this Section includes life imprisonment or imprisonment up to 10 years.

Women’s Reservation Bill: Does It Abide By Our Democratic Values?

The first discussion around this Section came in 2000 in the 172nd Law Commission report which for the first time recommended for the need to decriminalize the Section 377. After several efforts in the years ahead, in 2009 the Delhi High Court finally held that Section 377 was in violation of Article 14, 15 and 21 of the Constitution in the Naz Foundation v. Government of NCT of Delhi case and that criminalizing the sexual activities with consent in private does not only impair the dignity but it is also discriminatory and thus impacts the health of those people. 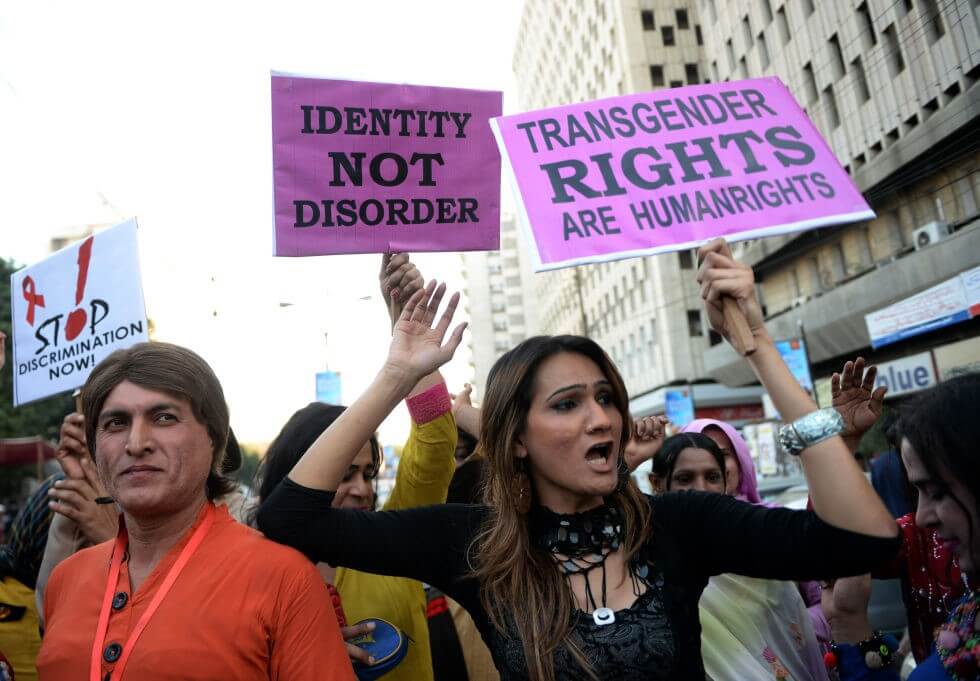 But, in the Suresh Kumar Koushal v. Naz Foundation case in 2013 taken up by the Supreme Court, the top court set aside the Delhi HC judgment and said that homosexuality or unnatural sex under Section 377 was illegal and will continue to be an offense. The shocking claim made in the case was that the LGBTQ community constitutes only a ‘miniscule minority’ and hence there was no need to challenge the rule.

In light of the judgment on the right to privacy, the topic of Section 377 too came up. Hence, a five-judge Bench comprising of the Chief Justice of India and others are dealing with a host of other petitions which point out to how Section 377 has violated a host of other rights.

There is a mixed response as to how the society looks upto it today. In the earlier times, especially in the highly conservative society, they looked at homosexual and transgender sexual activities as being immoral. Many religions too support this view and do not support the LGBTQ community. They consider homosexuality as a sin, a conduct against the order of nature and hold a person falling into this category as a criminal. Though as the societies progressed, this came to be seen as inborn and not immoral, yet there is no consensus on this issue. Many individuals and groups even today do not support homosexuality. This is the reason for their deplorable conditions.

Many important religions like Christianity, Islam, and Hinduism do not support the cause of homosexual activities. An editorial in Mint, however, points out that Hindu religious texts are open to homosexuality and contrary to a lot of claims even support it. While the other religious groups are not in sync with this idea. It was because of the Church of England that the case of homosexuality gained ground and was criminalized in the Victorian Era.

In short, the response to different or alternate gender identities seems to be very clouded with the topic being very sensitive. Different individuals and different groups have varied ideas on this. While we looked at religious views above, there are differences in terms of location, gender, class, and caste as well and this too seems unclear. Say, many in rural and semi-urban areas are not willing to accept this, while this may not be the case with urban areas where there may be a little more who support the cause. But that doesn’t mean that urban areas are open to it. There is still a hesitation with regards to interaction with a member from the LGBT community among heterosexuals as well. This makes it all the more difficult for them to express themselves.

To look at how much these people are facing one needs to look at the ground reality. After the Koushal judgment, there is a rise in cases where homosexuals are being blackmailed and the same is being faced by the transgenders thereby causing them great humiliation and shame. It makes the people feel like lesser human beings and criminals for no fault of theirs. How difficult is it to come out of a stigma faced in the society and to battle it out to accept and retain one’s identity is something one will know only by experience.

While we are living in a democratic society today governed by the Constitution, we need to keep in mind that the Constitution guarantees fundamental rights to all its citizens which need to be respected. Nobody has the right to interfere in anyone’s private life and at the same time, individuals should be aware that such activities are of a private nature.

Also Read -   Which party will win the Madhya Pradesh Elections 2018?

The order on privacy has to be seen in the backdrop of freedom and the concept of ‘private lives’ of the citizens and thus to protest against the criminality of Section 377 is the right of the citizens. But, care must also be taken that the vulnerable women and children do not fall under this and that the scope of the judgment must fulfill these conditions.

Where does each political party stand on Section 377?

There are two sides to this. One one hand, the PM in one of his episodes on Mann Ki Baat lamented on the conditions of the transgenders. The move to place transgenders in the OBC quota, acknowledge them as the third gender and to give them reservations, as well as access to government benefits pushed by the SC, is being undertaken by the government. On the other hand, in the Lok Sabha in 2015 where the party is in majority, they voted against Shashi Tharoor’s private bill calling for decriminalization of homosexuality.

While people like Yogi Aditya Nath and Home Minister Rajnath Singh are leaders in the party who support the Section 377 and consider anything against the order of nature as being criminal, other leaders like Arun Jaitley are supporting decriminalizing Section 377 pointing out to how many societies are moving ahead with times and so should India.

The Congress too is a mixed bag regarding this issue. With leaders like Rahul Gandhi calling out homosexuality to be a personal freedom, this was not the case in 2008 when the party was in power and the Home Ministry had endorsed Article 377 claiming that “homosexuality was a social vice”. But the party now in opposition is in full support of decriminalizing the Section.

The other progressive parties especially the Left has been in support of decriminalizing the Section 377. Brinda Karat of CPM is in support of this but the views of the others is a question that one needs to delve deep into.

This is the time for the ruling party to shine as a party of embracing modernity and liberalism rather than hiding in the shadows holding on to their traditions.

Is it the right time to remove section 377?

The Apex Court in August 2017, held the Right to Privacy as a fundamental right. Based on this, the Court also observed that “sexual orientation is an essential attribute of privacy” signaling its intention of reviving the debate on the validity of Section 377.

The five-judge Bench led by the Chief Justice of India voiced strong sentiments against the Section 377. Judge Indu Malhotra, the lone woman judge in the panel made a strong case against the criminalisaton of homosexuality and spoke about how much stigma the community was facing such that it is ready to forego medical care especially in the rural and semi-urban parts of the country as well as the mental trauma they face from the society in terms of hiding their sexual identity and orientation. This discussion is in the right step.

Rohingya Muslims: Why Strong International Laws Are The Need Of The Hour?

Thus it needs to be seen if India is ready to remove this Section at least now when Britain is celebrating the 50th anniversary of removing it else it will fall into the category of countries like Saudi Arabia, Iraq, China etc. which it does not want to.

Although the views of the judges sound positive and that is a welcome step which will bring in changes, the Supreme Court is seeking to discuss issues only around the concept of the constitutionality of Section 377 without delving deeper into the topic. Recently, Supreme Court Said even if legalises gay sex and decriminalises Section 377, non-consensual gay sex and sexual intercourse between a human and an animal will still be a punishable offence. All the judges in the panel are echoing sentiments which equal that it is better to recognise sexual orientation so that they are allowed health care. They have come so forward as to discuss legalising prostitution to streamline it so that they too are not denied of medical care. For now, the SC has reserved the judgment listening to the petitions filed by both the sides – for and against the Section and will then give the judgment.

Though for now, coming up with decriminalising Section 377 is a bold and much-needed step today, there are themes for further discussion.

There is need to discuss more on the rights and protections for the community which has been stigmatized for so long along with decriminalizing it. It needs to discuss the broader questions of protection from discrimination, right to form partnerships, inheritance, employment equality, healthcare to them as well as educational opportunities which are of primary importance to any human being else they will continue to face the discrimination, prejudice, and violence in their everyday lives. Taking forward the SC’s stance, the Centre too needs to pull up its efforts in a bid to supplement the SC judgment which will come out soon by approaching the issue with a rights-based framework of not only privacy but also of equality.

One thought on “Is it the right time to remove Section 377?”