All you need to know about Indira Canteens

Here are the Highlights of Indira Canteens:

What is Indira Canteen?

Indira Canteen is an ambitious project started of Karnataka Chief Minister Mr. Siddaramaiah. It is a flagship program started by Congress which is aimed at providing subsidized, low price meal canteens at a price of Rs 5 per breakfast and Rs 10 for Lunch and supper in all the 198 wards of Bruhat Bengaluru Mahanagar Palike (BBMP).

Initially, Siddaramaiah’s government had announced setting up of canteens named “Namma Canteens” in the state budget 2017-18, which was later changed to “Indira Canteens”, as authorities sought to add a flavor of politics, by connecting it to Garibi Hatao of our former and only woman Prime Minister late Mrs. Indira Gandhi.

Adding to this, BBMP also launched an app called Indira Canteens, which locates the outlets, shows menu, its timings and all other details about canteens. They had also conducted a contest by name “selfie with canteen” which announced price money of Rs.1 lakh for the selfie with best tagline.

Bengaluru, accounting for more than one-third of the country’s IT exports and employing more than 9 lakh people directly in the IT industry, has grown almost 300% over the past 25 years, which has largely been catalyzed by tremendous IT expansion and its decentralization in the city.

But, unexpectedly, the scheme had met a virulent opposition from Resident Welfare Associations of Domlur, Sarakki, etc. In Domlur, the public opposed for the construction of canteen at park and so it was moved to a temple. In Bansarkhali, BBMP faced problems as the temple authorities and public opposed the canteen construction next to the temple. The high court also recently directed the state government not to use parks or playgrounds for canteens. But how far is it justified? Is it just the anxiety of higher class to keep their elitism? Let’s dive deeper about it in it rationale section of this article.

How and where has the scheme been launched?

An amount of 100 crores was provided in the budget to set up the canteens in 198 wards of BBMP. Though the initial plan was to start 198 canteens across Bengaluru by Independence Day, it later came down to 125 due to land constraints and other unsaid issues. But, now in the first phase, 101 canteens were opened and the remaining 97 will start operations by October 2, marking the birth anniversary of Mahatma Gandhi.

For this purpose a total of 27 kitchens are said to be set up across the city out of which 14 are ready and 6 are in working condition and the canteens as of now will serve 500 plates of food each, keeping in mind the budget allocation and this would be increased with progression in time. And coming to the Contractual issues, as per the information provided by BBMP officials, KEF Infra Limited was given the contract for construction of canteens while Rewards, and Chef Talk Food and Hospitality Services were given the catering contract services for canteens.

What does Congress has to say about this? 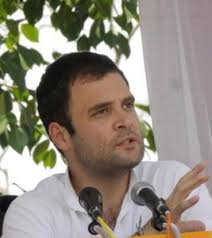 On being compared with Amma Canteens running in Tamil Nadu, Siddaramaiah answers “we will take all the poor programmes of our country for the welfare of people and Indira canteens is an upgrade over Amma canteens, that while Amma canteens provide food two times a day, while this scheme serves thrice a day thereby enabling not even a single stomach sleep with hunger.”

What is the Opposition’s view on Indira Canteens?

The scheme is actually aimed at hunger-free Bengaluru but there is trending opposition from RWA’s about shrinking of public places.

Now let’s examine how far this opposition is justified!

So, when canteen comes to reality, will it limit itself to be called a “private” place? “NO”. And moreover, these canteens will open a wide set public place welcoming the working class too. Generally, it is a well-known fact that these public places such as parks and playgrounds are exclusively for the higher/ upper class sections of society and with these canteens, the gap would be bridged to a greater extent.

So, this criticism against the scheme is just to show the elitism of upper class, says few officials. All these talks of shrinking public places are merely an elite veil, hiding the real intentions of the upper class to keep a hold on these places.

Is this to gain publicity for the next Karnataka elections?

Until now, we have heard that these Indira Canteens aim at providing hygienic and healthy food at lower subsidized prices.

But is the same the true intention behind the INC or is merely an agenda targeting the empathy of the weaker sections of society, migrant workers, students in view of the elections early next year?

There are enough of critics who believe that it is merely an agenda for upcoming polls, adding to it was the hasty opening of canteens across Bengaluru which resulted in unhygienic conditions too. 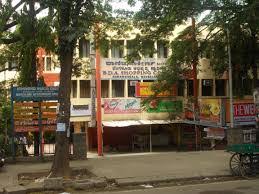 Drawing lines from Amma canteens, which came to be known as one of the country’s effective welfare schemes, Karnataka government has started its scheme in a hasty manner which proves Indian National Congress is very much conscious in Karnataka as it is one of the few states owned by it and it could not afford a chance of losing it. Moreover, they are relating it to Indira Gandhi’s dream project Garibi hatao, thereby creating sympathetic and sentimental chaos.

However, as of my opinion, this is really a very good initiative backed by intention to serve. It’s not just the action, but the intention behind which is to be looked.The scheme would have really got a great recognition if they have opened a few canteens in the needed places of Bengaluru and have stretched it to tier -2 and tier-3 cities of the State, instead of massive opening of 198 canteens in BBMP alone.