Which is a better option for voting, EVMs or ballot papers?

Elections are the single most important element in a representative democracy. They are also called the “Carnival of Democracy”. In a democracy, a government is chosen by voting in an election. Voting is the method by which citizens are able to appoint their representatives to govern the country/state/district on their behalf. Therefore, in order to ensure that the elections are conducted in a free and fair manner, it is extremely important for a country to adopt a voting method that is not just convenient, but also efficient, impenetrable, technologically sound and upholds secrecy of the voter. This makes the result of the elections acceptable. Although EVMs, the most advanced voting method, has been in use for a while now, with almost all major parties writing their success stories after its implementation, has managed to garner a lot of criticism. The debate on the relevance and credibility of EVMs reached its peak last week with heads of 17 political parties uniting against it. So is it time for another upgradation? Or we should go back to the good old days? Which is a better option, evms or ballot paper?

THE TALE OF BOXES AND PAPER –

Nowadays, we use the electronic voting machines (EVMs), however, this wasn’t the case some decades back. 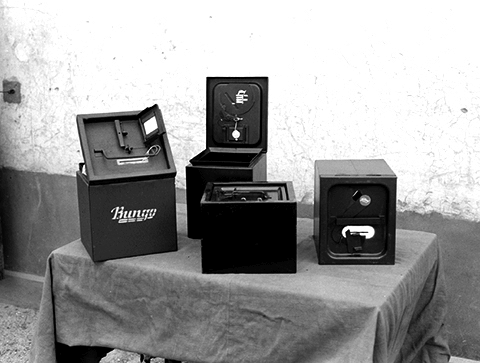 In the first general elections, it was decided that a box for each candidate will be placed inside the polling booth. Each box was supposed to have the candidates name in three languages( Urdu, Hindi, English/local language) and their symbol, both inside and outside the box, along with the number of the constituency. Each voter was given a blank ballot paper, which they had to drop inside the box of the candidate they wanted to vote for. The Presiding Officers of each polling station is required to sign his name in full on the back of each ballot paper before its issue to the voter. All these preparation were done a day prior to the voting. The procedure for affixing symbols and name of the candidate on boxes took around five hours and a dozen people.

This isn’t it, once through with voting the procedure for counting the votes start. Counting of votes took about a week, after which ultimately results were declared. The use of multiple boxes made the procedure a bit complex, this was soon realised by the election commission. Thus from the third general election onwards, this system was reformed. Now only one box was used and the names and symbols of various candidates were printed on the ballot paper. The voters were now required to put a stamp against the name of the candidate they wished to vote for. This method was in practice for the next forty years.

However, the considerable involvement of human labour made the process extremely cumbersome. Therefore, a more technologically advanced change was always welcome.

Read more – What were the challenges behind the first general elections?

Towards the end of the 1990s, the Election Commission started using the EVM. By 2004 a complete transition was made to the EVM.

Why & when we moved on to EVMs?

Electronic Voting Machine (EVM) is an electronic device for recording votes. They do not require electricity because they run on ordinary battery assembled by Bharat Electronics Limited/Electronics Corporation of India Limited. An Electronic Voting Machine consists of two Units – a Control Unit and a Balloting Unit – joined by a five-meter cable. The Control Unit is placed with the Presiding Officer or a Polling Officer and the Balloting Unit is placed inside the voting compartment. The Polling Officer-in-charge of the Control Unit will release a ballot by pressing the Ballot Button on the Control Unit. This will enable the voter to cast his vote by pressing the blue button on the Balloting Unit against the candidate and symbol of his choice. Then, the lamp against the symbol of that particular candidate glows red and a long beep sound is heard. They are indications for the voter that his vote has been recorded correctly. After completion of poll i.e. when the last voter has voted, the Officer-in-charge of the Control Unit/Presiding Officer presses the ‘Close’ Button. Thereafter, the EVM does not accept any vote. After the close of the poll, the Control Unit is switched off and thereafter the Balloting Unit is disconnected from the Control Unit and kept separately in the respective carrying cases and sealed. 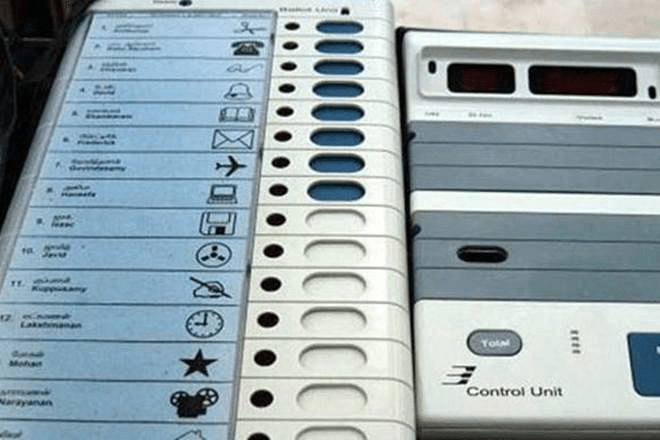 Only authorized engineers of the manufacturers, namely Bharat Electronics Limited (BEL) and Electronics Corporation of India Limited (ECIL), conduct the First Level Checking (FLC) of EVMs and VVPATs. If an EVM of a particular polling station goes out of order, the same is replaced with a new one. The votes recorded until the stage when the EVM went out of order remains safe in the memory of the Control Unit.

The negligible requirement of manpower in conducting election via EVMs is seen as a boon by some and bane by others.

The methods used earlier were way more time consuming due to their labour intensive nature. The election commission under Sukumar Sen( the first election commissioner of India) had to train three lakh officials for this mammoth task. The system of papers and boxes is also very vulnerable to personal bias and manipulation by the officials. As Joseph Stalin once said, “The people who cast the votes don’t decide an election, the people who count the votes do.”

Yes, paper ballots are easily understood by Voters and are inherently voter-verified, but, this does not make them the most suitable choice in the current scenario. The only argument put forward by the opposition parties is that for the sake of transparency.

As a response to this, Voter Verifiable Paper Audit Trails (VVPATs) with EVMs were introduced. It is a machine attached to the Electronic Voting Machines that allows the voters to verify that their votes are cast as intended. Here, a slip is printed containing the serial number, name and symbol of the candidate and remains exposed through for 7 seconds. Thereafter, this printed slip automatically gets cut and falls in the sealed drop box of the VVPAT.

Which one is cost effective, EVMs or Ballot paper?

The Cost of M2 EVMs (manufactured between 2006-10) is Rs.8670/- per EVM (Balloting Unit and Control Unit). The cost of M3 EVMs has been tentatively fixed at about Rs. 17,000 per unit. Thus, the initial investments are somewhat heavy. 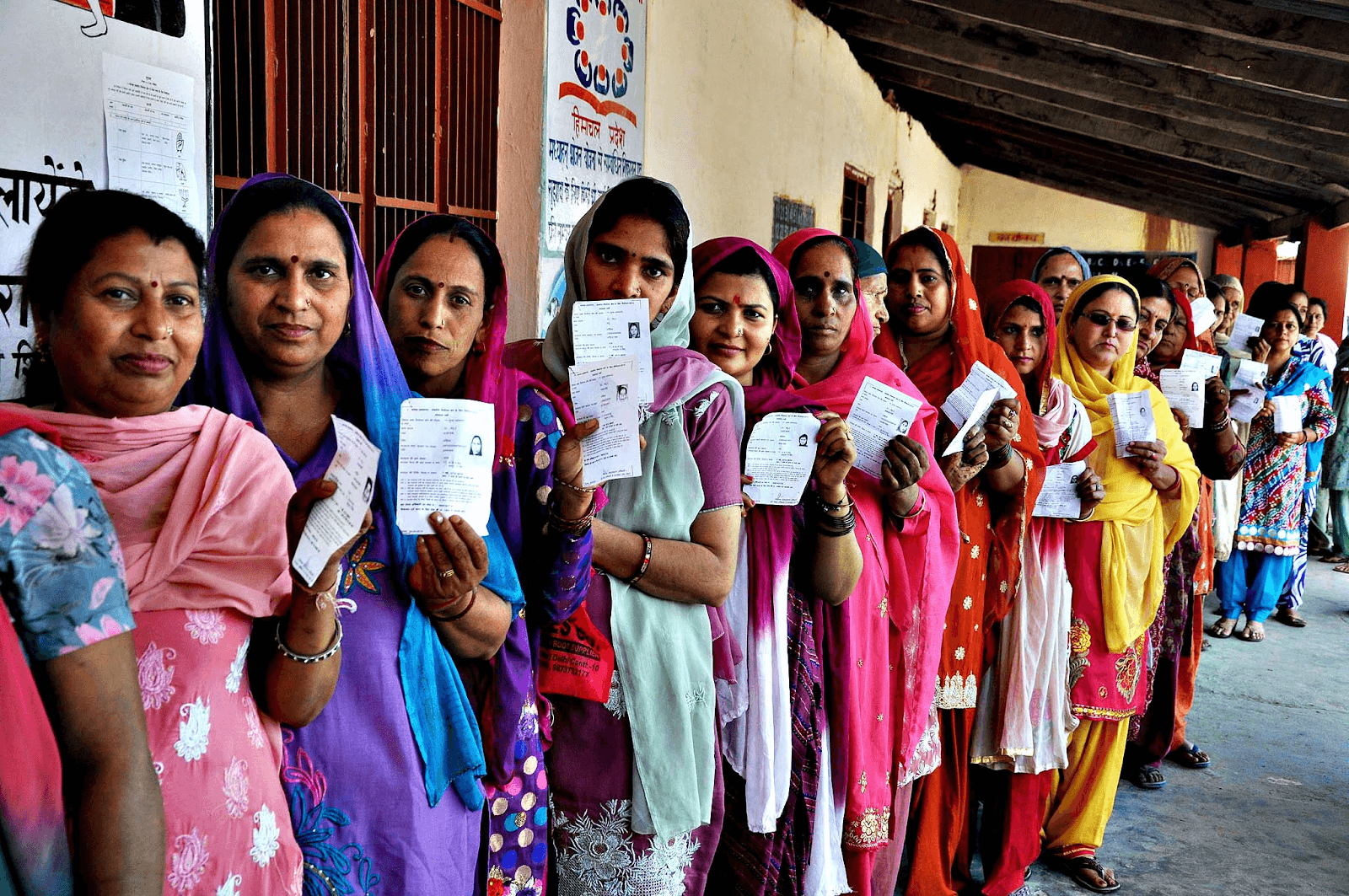 Let us consider total cost in comparison to the printing of ballot papers in lakhs for every election, their transportation, storage etc., and the remuneration paid to counting staff. It turns out that EVMs are quite cost effective by way of cost of paper, printing, transportation, storage, distribution and time. The counting process is very quick and the result can be declared within 3 to 5 hours as compared to 30-40 hours, on an average, under the conventional Ballot paper system.

EVMs also save us from the cost incurred due to malpractices like booth capturing and rigging during elections, to which, the ballot system is so susceptible to. This is because unlike ballots, EVMs do not depend too much on human labour.

EVMs or Ballor Paper, which one is more credible?

While one system can be better than another in a particular aspect, each has their own share of downsides, thus it becomes even more difficult to choose one system in which we can trust.

The world in the 21st century is moving fast and the use of the latest technology is inevitable. It is, therefore, surprising that the same leader who talk about innovation and development, on one hand, are the ones trying to put the clock back to the 20th century, by demanding that EVMs be scrapped and paper ballots are used.

Detection of technical flaws in a few EVMs does not mean that all the EVMs are faulty. The very fact that glitches in EVMs are detectable makes them superior to ballot papers, as there is hardly any scope of detection and verification in them.

Last year, after the UP assembly polls, which form the genesis of this debate, the Election Commission had thrown an open challenge. This was to prove that EVMs cannot be tampered with. The EC even conducted a demo in front of political parties to show that these machines are impenetrable. And yet, questions are being raised.

What does the world think about EVM Machines?

Electronic Voting Machines(EVMS) have been used around 20 countries out of which 6 countries are still piloting it. In Europe only two countries–Belgium and France–use electronic ballots. Out of eight European countries that have experimented with electronic voting, six reverted back to paper ballots. This is another favourable development for the cause of re-adopting good ol’ ballot system in India. In contrast, developing countries in Latin America and Asia are embracing e-voting. Thinly populated countries like Sweden, Latvia and Switzerland are among the countries that have tested Internet voting. But when it comes to national elections, Estonia is the clear leader. The tiny Baltic nation (of 1.3 million) had allowed online voting for all of its citizens back in 2007. 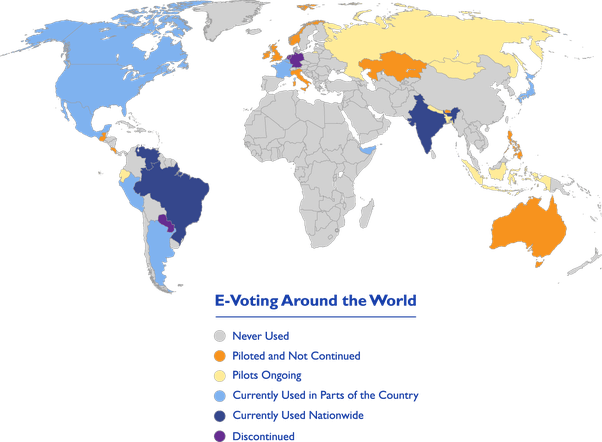 In the USA the state of West Virginia is planning to allow overseas voting via smartphone in the 2018 election, and election security experts aren’t happy about it. “Mobile voting is a horrific idea,” said Joe Hall, an election security expert at the Center for Democracy and Technology in an interview with CNN. The West Virginia project is being run by Voatz, a startup with $2 million in venture capital funding. The startup claims it can use the blockchain to make Internet voting secure. All states in the USA are not that pro tech. Though surrounding states have switched to electronic voting, Oklahoma remains a paper ballot state, an important distinction as the vulnerability of electronic systems enters the spotlight.

Another country in the grip of a similar debate is Brazil, where their ex-Army captain Jair Bolsonaro has questioned the reliability of the country’s electronic voting system. He has repeatedly argued that Brazil’s electronic ballots are suspect and that only a printout of each vote would safeguard democracy. There, candidates are trashing election results before Brazil even votes. In 2002 Brazil pioneered electronic voting machines exclusively for general elections, with Lula winning the presidency. India and Venezuela were next to follow in 2004.

Why Opposition claims are false on the use of EVM Machines?

It is not a fact that the use of EVMs has always resulted in victories for ruling BJP. Congress had been in power at the Centre for ten years when EVMs were in use at that point in time, none of these parties raised issues over EVMs, but when they lost the assembly polls in UP, Gujarat, Uttarakhand, Himachal Pradesh, Tripura, Assam and Manipur, they have started questioning the reliability of these electronic machines. The debate should have settled down after BJP’s handy loss in Punjab, getting pipped at the post in Karnataka and tanking three successive byelections in UP.

One thought on “Which is a better option for voting, EVMs or ballot papers?”