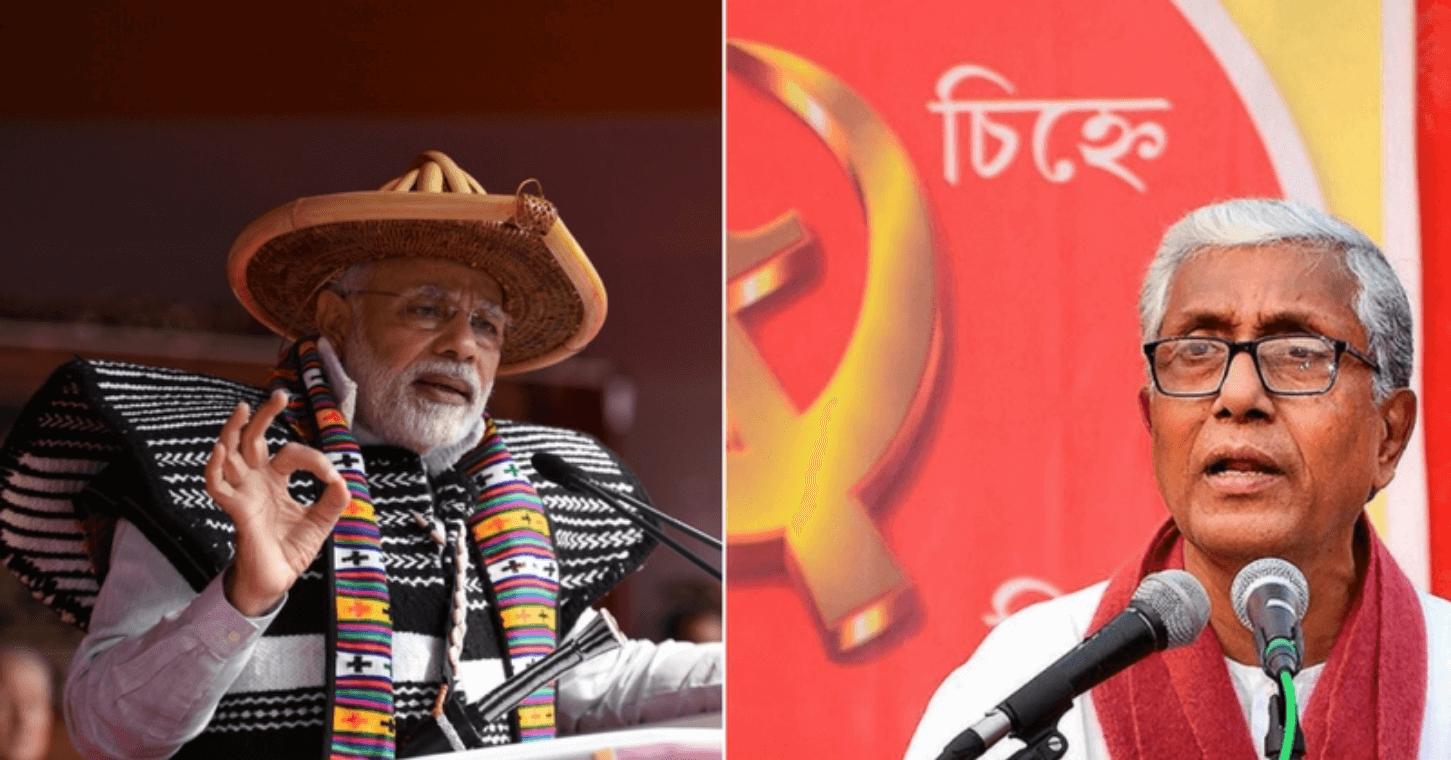 The Bharatiya Janata Party (BJP) managed to successfully oust Manik Sarkar-led CPI-M government in Tripura after twenty-five years. After a paltry presence in 2013, where the BJP struggled to make inroads, 2018, was the year, which finally managed the BJP to gain a notable presence in Tripura. The party always had had a history of rising up from abjectness to its greatest peaks. BJP is placed well at its zenith, and 2019 seems to be an increasingly forgone game in the Opposition camp. So, What are the two main reasons for the Lotus to bloom in the North East? Let’s look at the factors which helped BJP win Tripura Assembly Election 2018.

Is it lack of employment opportunities which helped BJP win Tripura Assembly Election 2018?

Generally, it’s a misunderstood phenomenon that only the states with lower education rates are those who suffer the highest employment rates. So, why is that, Tripura with 87.22% Literacy rate, see a high rate of unemployment? Take the data released by Labour Ministry, for the years 2010- 2014, a period, where CPI(M) was firmly in power or at least managed to hold public relevance in the states Kerala, West Bengal, and Tripura. If we see the data released for Factory employment, (Numbers are quoted in the 1000’s)

Here, two states are compared on the basis of their ability to generate Factory based jobs, on the basis of employment. Madhya Pradesh has a significantly lower literacy rate than Tripura. Tripura despite its issues with border security, managed to do quite well, but it was not able to provide jobs to a new generation which was increasingly swayed by the opulence of a new India. The average job generation in Tripura has been consistently low, for the past 25 years. While the rest of India after 1991, has been growing tremendously, the northeastern states did not see the growth rates due to various issues. The NSCN in Nagaland, the resurgence of Naxalites in Tripura, and the draconian use of AFSPA act in various states of North East had deterred away investors to invest in the badly hit, impoverished areas. All of this had contributed to the simmering discontent in the youth population.

Minister of state Kiren Rijiju in a written reply, had claimed the number of illegal migrant Bengalis from Bangladesh was 2 crore. While such figure was not proven conclusively, it also raises a pertinent question. Why was the demographics of the Bengali population rising consistently in Tripura? The answer lies down to many causes, such as poor border protection and lack of better opportunities from Bangladesh, have forced people to migrate into India via the Border States, and as a result, the demographics slowly started to tilt towards the Bengali speaking population. In a haste to woo the Bengali voters, the CPI-M was accused of being biased more towards the Bengalis rather than the sons of soils, the Tribal population. So when the state demands for Tipraland began to emerge, BJP decided to tactically support this. BJP is a party which prides itself on its organizational strength. Its volunteers have been campaigning relentlessly since 2013, where they slowly removed Congress as the main opposition and then the CPI-M was soon removed. Pretty soon BJP had the 21st state in its Kitty

Mamta Banerjee Government: How it has fared in west bengal?