As Prime Minister Narendra Modi flew into Ladakh on Friday to deliver a message to China weeks after a clash left 20 Indian soldiers dead, he faced a renewed attack from Congress leader Rahul Gandhi who questioned the PM’s statement over Chinese intrusion. While the people of the Himalayan region claim that China has taken their land, the PM says otherwise and someone is “lying”, Rahul Gandhi tweeted. He tweeted a video of residents of Ladakh accusing China of occupying Indian Territory in the region. The former Congress chief’s dig came on a day when PM Modi visited Nimu in Leh to meet personnel of the Army, Air Force and Indo-Tibetan Border Police (ITBP), days after a violent face-off between Indian and Chinese troops in eastern Ladakh.

Accompanied by Chief of Defence Staff General Bipin Rawat, the Prime Minister reached Leh around 9:30 am. Under pressure to respond to Chinese aggression, PM Modi had said after the clash last month that the Chinese were not occupying any Indian Territory or posts. “The age of expansionism is over, this is the age of development. History is witness that expansionist forces have either lost or were forced to turn back”, the Prime Minister addressed the Army on Friday. He added, “The weak can never accomplish peace, the brave do.”

Rahul Gandhi has been scaling up his campaign against the government with near-daily attacks since Indian soldiers died in a violent face-off with the Chinese forces along the Line of Actual Control in Ladakh on June 15. Mr Gandhi has accused the Prime Minister of “surrendering” Indian land to China and “lying” about the border standoff. The BJP has brushed off the attacks, with party chief JP Nadda saying, “A dynast throws tantrums and his courtiers peddle a fake narrative; The nation is united and supportive of our armed forces. This is the time for unity and solidarity. Relaunch of ‘the scion’ for the time being can wait”.

PM says:
Nobody took our land.

Obviously, someone is lying. pic.twitter.com/kWNQQhjlY7

It should be noted that the Indian government has been stating that the Indian soldiers had pushed back Chinese soldiers from unauthorized positions along the Line of Actual Control and at present there is no Chinese incursion inside the LAC. Posting the video, Gandhi jibed at the PM stating that someone must be lying about the position on the border.

However, a scrutiny of the people featured in the video shows that several people who said that China has occupied Indian land in Ladakh are in fact, Congress workers and leaders, and some of them don’t even belong to the Union territory of Ladakh.

According to the video, the seventh person to appear in Rahul Gandhi’s video is Namgyal Durbuk. He was earlier interviewed by Barkha Dutt, in which he was stated to be an ex Congress councilor.

"Where our Horses used to go & Pasture, we now see the Chinese."- Namgyal Durbuk is an ex Congress Councillor from Congress but says he speaks as a local from the Border Villages of Durbuk-Shyok areas. "We stand with the PM, Please Act" – My Ladakh report pic.twitter.com/zkqdB21pPd

The fifth person to appear in the video, Sachin Mirupa, is not only the General Secretary of NSUI, the student wing of Congress Party, but he is also from Himachal Pradesh, not Ladakh. 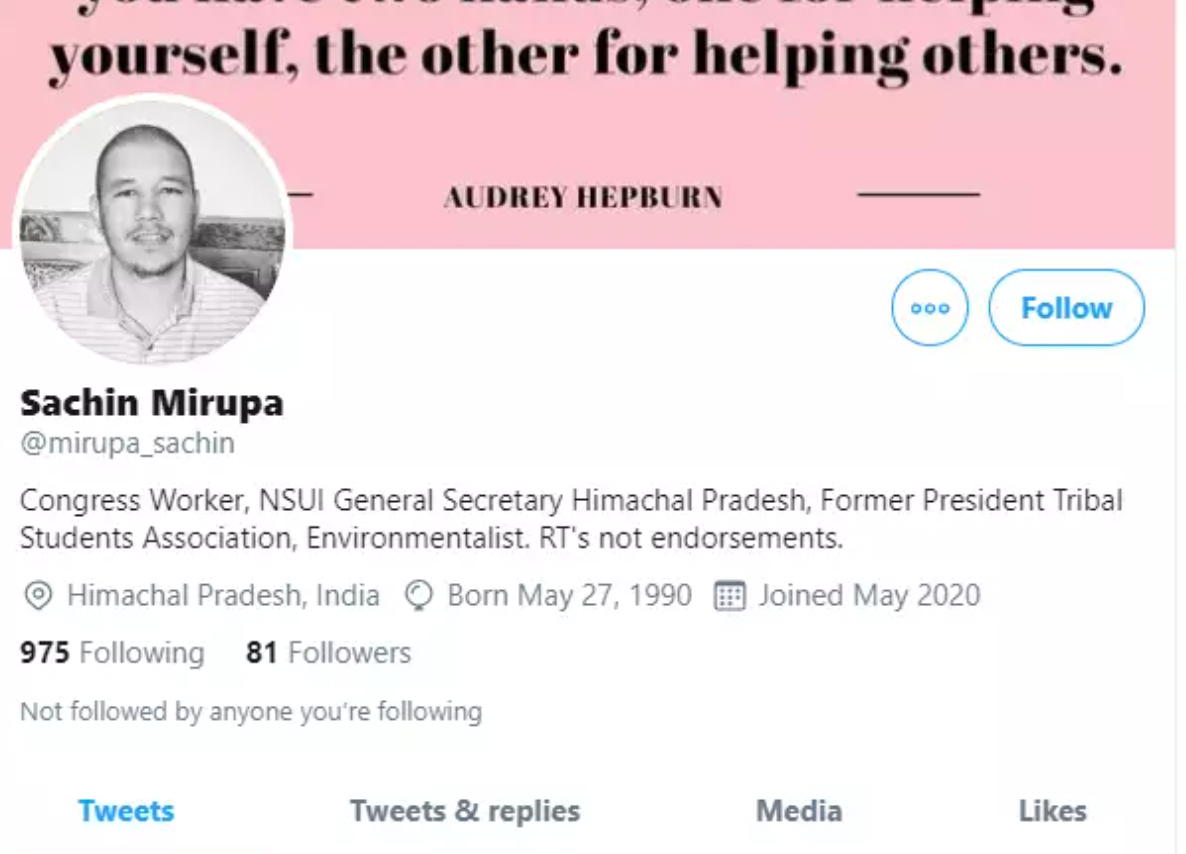 The person identified as Tundup Nubu is General Secretary of District Youth Congress in Leh.

READ| What is the Significance of India’s Ban on 59 Chinese Apps ? 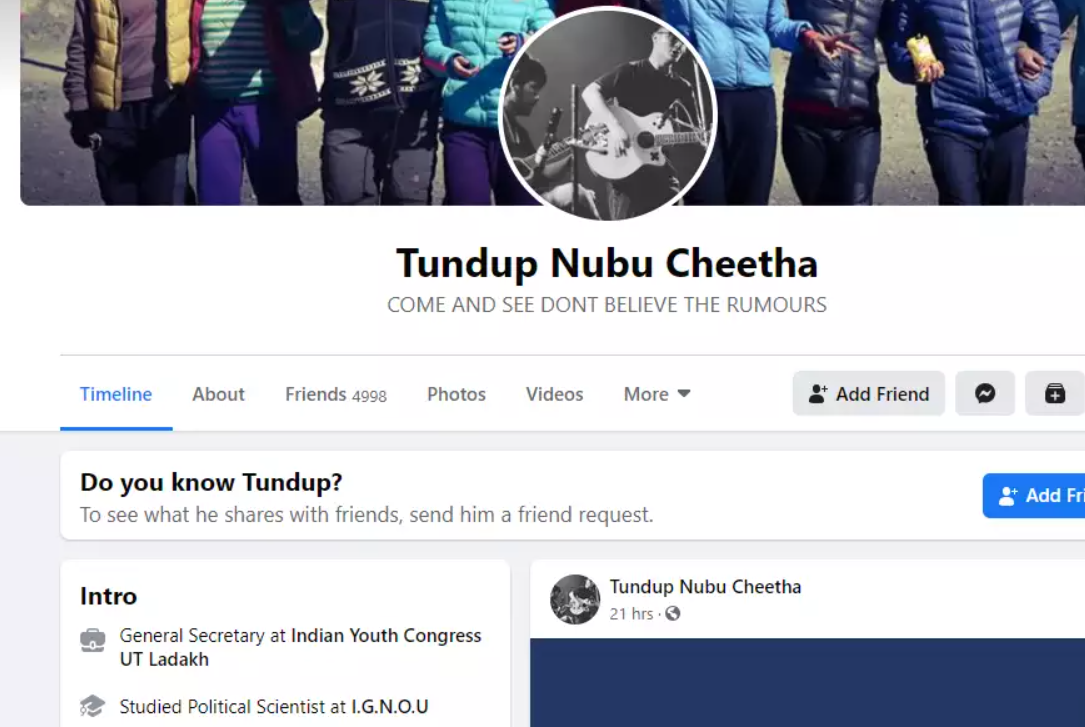 Similarly, Dorjay Gyaltson who appears in the video if the Working President of Leh District Youth Congress.

Gandhi has been attacking Modi and the Centre over the past three weeks following the Ladakh clash. On June 30, he criticized Modi’s address to the nation, in which the Prime Minister spoke about the Coronavirus Pandemic. Gandhi implied, through an Urdu poem, that the Prime Minister had once again avoided talking about the tensions with China. On June 21, Gandhi accused Modi of “surrendering” to China, after the Prime Minister claimed that no Chinese troops were occupying Indian Territory. A few days later, the Congress leader tweeted a graph showing that Chinese imports had risen since 2014, when the Modi-led Bharatiya Janta Party (BJP) came to power.

Meanwhile, Congress leader and former Finance Minister, P Chidambaram on Friday said that Modi once again avoided mentioning China during his speech in Ladakh. “For the third time in a week, PM did not name China as the aggressor, why?” he tweeted. “What is the purpose of talking about an unnamed ‘enemy’ to the people of India and the jawans in Ladakh?” Chidambaram added that the government has failed to answer Congress’ questions on satellite images that showed Chinese troops occupying the Indian Territory.