“GST is not only the victory of integrity but also a celebration of honesty. Earlier, in the case of taxation and allied affairs in the country, there were rampant complaints of Inspector Raj. Now, information technology has replaced the inspector.” – PM Modi

Here is the complete gst report card, read on!

While the Prime Minister’s statement on one year of the GST in his address to the nation on the BJP government’s pet project is true to the sense that there is a need to make taxation more accountable and transparent, the GST needs a long time to come to terms with India’s ground situation. The government has taken great efforts in moving towards the idea of ‘One tax, One Nation’ by bringing out the system last year.

Read more – Is The Economy Of India Doing Better Under Modi?

The GST is not a new topic of discussion. The idea of GST has been around since 2000 when a committee was set up to draft a law by the Vajpayee government followed by Kelkar Task Force recommending GST in 2004. 2 year later, the then Finance Minister, P C Chidambaram in the Congress government also re-started discussion around GST with the idea to implement it by 2010 but the heavy opposition by the states was the reason why the Bill couldn’t be passed then. In March 2017, the GST Bill was passed in the Lok Sabha and the Rajya Sabha to be effective from 1st July 2017.

But, what is the GST and why is it important to know about it.

GST is simply a value-added tax levied on most goods and services sold for domestic consumption where tax is levied at every point of sale making it a multi-stage, technology-driven and a destination based tax. The main idea behind this was that Central taxes such as the excise duty, service tax, countervailing duty and state taxes including – value-added tax, octroi and purchase tax were all rolled into one.

It’s a year since the GST was launched. Touted to be a long-term solution for the fiscal problem of the economy which will bring in revenue to the government, the GST is a work in progress since it has been implemented.

It is of a major concern as GST aims to include all the states under a single tax regime to ensure transparency in the working as well as provide hassle-free processes to the people. Let us look at whether it was successful or not.

GST Report Card: What has changed after a year?

According to a report in Mint, the GST has been a remarkable achievement more so since it’s a product of a rare political consensus and has in fact ‘raised a new template in cooperative federalism’ in which both the states and the Centre have equal stakes with incentives devised for the states to perform better and not face the heat with respect to the issues which the state might have to face in implementing GST. Without the consensus, no new idea can be designed as a policy. This, of course, has political repercussions as well. Let’s look at the successes of GST.

Some of the economic ills that GST is said to target by bringing in a more digital and transparent network is the shadow economy, cash business, trade transactions that are unauditable, tax evasion and to reduce the cascading effect, thus benefitting the consumers and leading to a higher revenue collection with an increase in the tax base. With an increase in tax base, more businesses are voluntarily coming forward to comply with the GST norms which are leading to an increase in revenue. To back this, data from the finance ministry suggests that the GST revenue collection showed improvement in April 2018 with collections amounting to about 1.03 lakh crore and 6.04 million taxpayers filing in their returns.

Another major point of support is that with more efforts of transparency, the economy will slowly transform from being an informal one to a more formalized setup. As the EPFO list says, there is an increase in the number of formalised workers as many of them are now getting social security benefits which were not received earlier. Add to that the fact that many unorganized firms too are entering the GST net driven by the input credit mechanism.

With the proper implementation of e-way bills, processes to take charge of refund mechanisms and reverse charge mechanism, the GST will stabilize leading to more collection in return benefitting the state, the producers, and the consumers.

Although the tax was a much-needed reform in the Indian economy, the implementation of the tax has been a messy affair which is not providing the necessary economic benefits. If badly implemented, the GST might even lead to inflation and price rise which might lead to a setback. A point of major concern is the loss of revenue for the states who although have been promised adequate compensation for 5 years are yet to figure out if there are more negatives to it than positives it promises.

According to a World Bank report, the 4 slabs or tax rates – 5%, 12%, 18% and 26% of the Indian economy is very complicated and is similar to the structure of only 4 countries – Italy, Luxembourg, Pakistan and Ghana – none of them who have benefitted much from that. The design rate is flawed and keeping way too many tax rates for the commodities has been an issue which is constantly seen as being nightmarish for the public.

The most important criticism is that only the big retail outlets and large firms are the beneficiaries of this and not the small firms who are facing hardships. The structure has been complex and difficult to follow for the small and medium entrepreneurs with different terms and processes coming up very frequently. Difficulties in the process of registration, frequent rate slash, working of the National Anti-Profiteering Authority and the lax refund mechanism along with the technological glitches in addressing these issues is still very challenging for the people. Coupled with the lack of proper infrastructure to take care of the problems erupting, the GST is a piece of work in progress with no clarity on how to approach the new system and what commodities come under the GST net by the majority of the public.

Another point of criticism is that it does not include commodities like petrol, alcohol and tobacco which are highly revenue generating. This will lead to serious losses for the government.

The Congress party wants India to follow only one tax rate like in most of the developed countries. But, the BJP government is not willing to. In a counter-statement against the Congress, the PM pointed to how “Mercedes and Milk” cannot be taxed under one rate as one is a luxury and the other a necessity.

How will it affect the Politics?

It is unclear as to how the situation will be for the ruling party in the next general elections. With huge stakes bet on the good and the bad of the GST, the BJP and its opposition need to figure out ways to cash in on this. While the massive protests by the traders of Gujarat and the BJP win by a small margin in their home turf against the new tax regime goes to show that the BJP needs to work out new tactics else they might lose the margin and the power they enjoy in Lok Sabha. On the other side, the injection of an idea of ‘self-belief’ for an efficient and transparent economy is targeting the ‘aam aadmi’ (common man) who might also agree with facing the initial hardships to get to the top spot. GST has definitely captured the psyche of the common man with many troubled by the erratic implementation while many hail this as the start of a healthy and strong economy in the future.

Somehow one can see that whether good or bad, the BJP has made a place in the minds of the voters and this may reap its benefits in the 2019 elections. 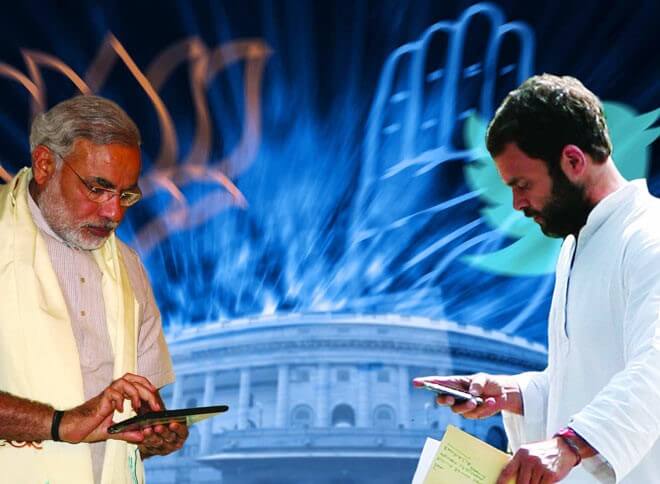 What is the way ahead?

Experts like Raghuram Rajan and Arvind Subramaniam are routing for the GST pointing that this will bring in long-term positive effects to the economy provided it is implemented properly. There is significant work to be done to improve the system and make it convenient for the larger interests of the people. For starters, keep three tax rates which can be convenient both for the government as well as the people, make the process people friendly as well as spread awareness among the people although, the Economic Survey 2017-18 noted that about 9.8 million new businesses registered themselves under GST. This shows that the authorities have been able to push the cause of one nation, one tax in a short span of time. The problem is despite the many measures of the government to spread awareness, this was not enough to bridge the information gap.

One year of GST has had a lot of positives which could have been more if there was no demonetization exercise. Recovering from post-demonetisation was tough and adding GST to that actually took a toll on the people with no clarity on going about it. But despite that, the going has been good. With an increase of 50% in the tax base of unique indirect tax payers has increased to about 1 crore assesses and this has also increased the tax collections. The collection has reached about 10 lakh crores in the last few months for the first time which was only about 6 lakh crores at an average.

The Economic Survey also mentioned that the revenue collection by the Centre and States was about 9.7 lakh crore while the estimated annualized GST revenue collection is expected at 10.9 lakh crore in the Financial Year 2018. Although the growth is merely 12%, this can be attributed to the high, the slump due to demonetization & GST and the recovery of the economy which has hindered the growth rates. Despite all this, the growth is significant. A look at the monthly collection post the implementation of GST is refreshing. The economy is slowly getting back on track. 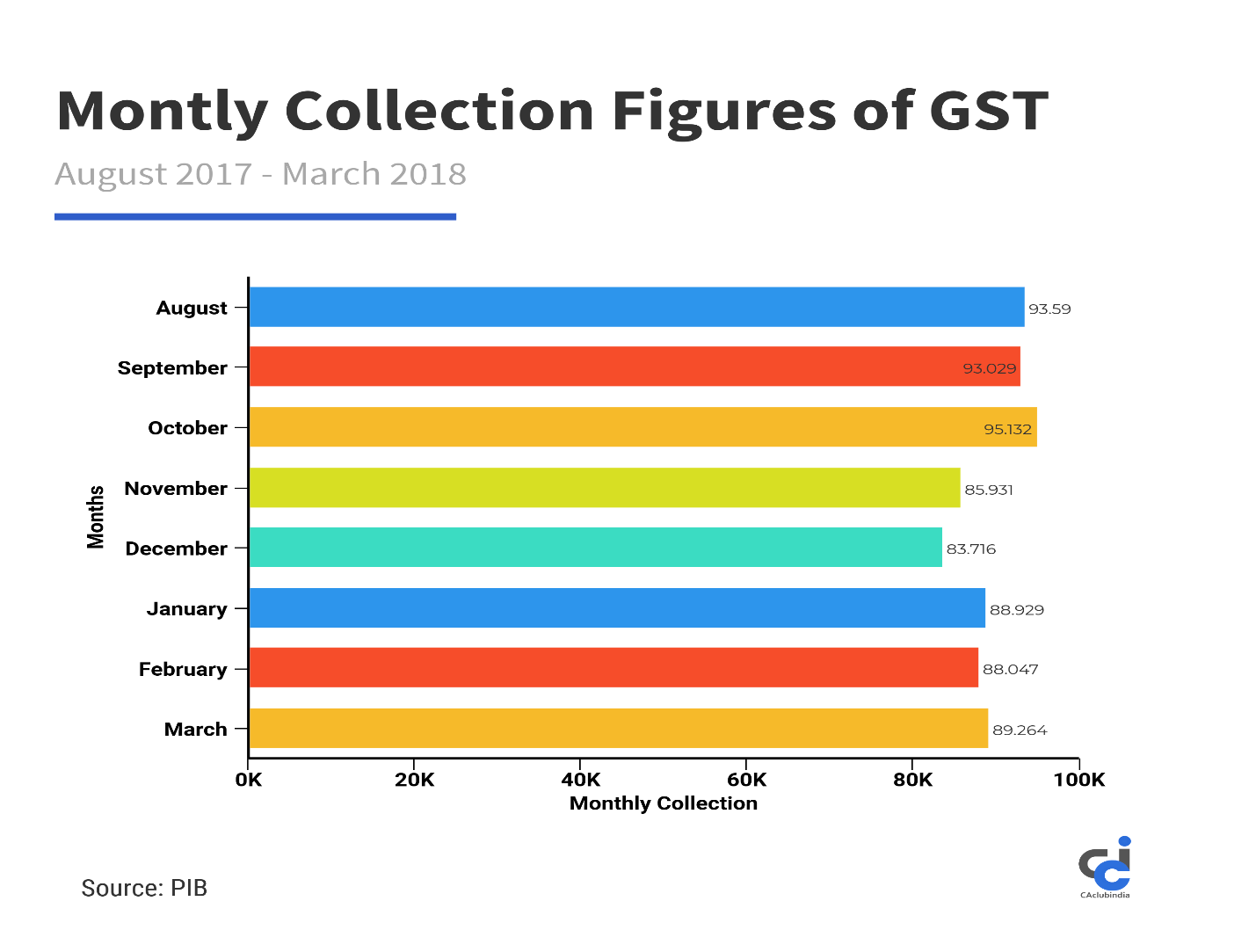 Unlike the governments in other countries, not much time was given to the businessmen in India to adapt to the GST. Hence, the government now needs to look into easing the mechanism for the people which will suit the long term vision of an efficient economy i.e. will support ease of doing business, reduce tax evasion and corruption and at the same time improve the fiscal health of the states else it has more to lose than gain especially with the elections round the corner.

What is your opinion on Gst in India, let us know in the comment section.

7 thoughts on “GST Report Card: How it has fared in a year?”