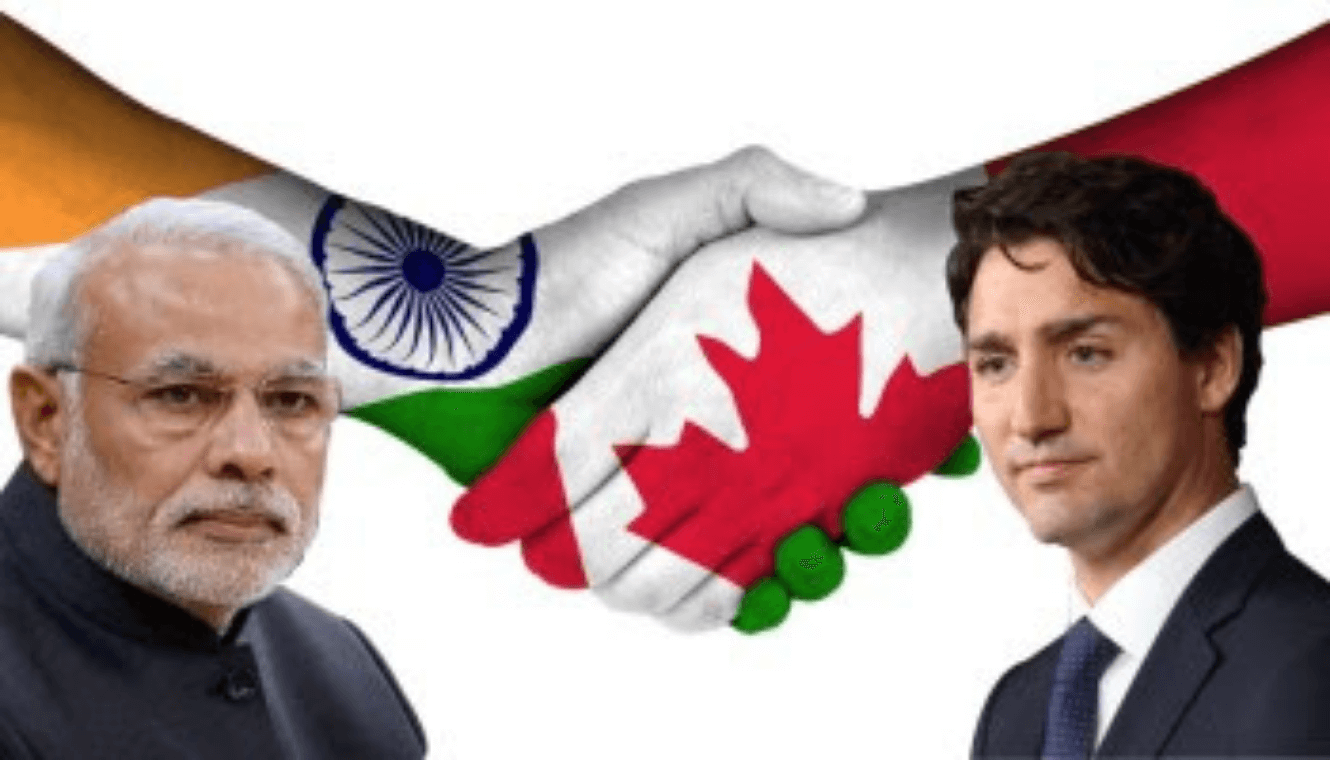 Canada is home to 1.2 million people of Indian origin which comprises of more than 3.7% of the total Canadian population. They are one of the largest immigrant group in Canada and are involved in mainstream politics, commerce, etc. There are about 1.2 lack students who travel every year to Canada for higher education. Let’s understand in detail what could be the future prospects of India-Canada’s International relations.

A brief into Indo-Canada international relations-

Indo – Canadian relations are long-standing relations that have historical links with the British Commonwealth.

According to the government, “India Canada share a strategic
relationship underlined by values of democracy and pluralism. These
have expanded significantly aided by the heightened economic
engagement, regular high-level interactions and long-standing people
to people ties”. (www.mea.gov.in/Portal/ForeignRelation/Canada_October_2017.)

However, a contradiction to this was recently seen after the liberal party Shepherded a resolution in Ontario provincial legislature calling 1984, anti-Sikh violence ‘Genocide’. This posed a threat to India by airing the Sikh sentiments of ‘Khalistan’.

Long before the 7 – day trip of the Canadian PM Justin Trudeau was to depart for India there were issues seen. The Indian government would have preferred if the visit of Canadian Prime Minister would have been for a shorter duration and limited to the official engagements in Delhi instead of a four-city tour. It would also like if the delegation excluded the sympathizers of Khalistan extremist groups in Canada

There were issues and the atmosphere was not fine as when the delegation arrived in India, Prime Minister Modi did not show up to receive Trudeau at the airport on 18 February, unlike the exception he made for his recent high profile guests, apparently signalling India’s unhappiness with Trudeau’s alleged closeness to Sikh separatist leaders in Canada.

The controversy was engraved when pictures of ‘Jaspal Atwal’ (A convicted Sikh terrorist) with the wife of Canadian PM came out, A news also came along that ‘Jaspal Atwal’ was invited for the official dinner organized by the Canadian Prime Minister Office in Delhi. However, putting down the allegiance Canadian PM Office clarified that the individual (Jaspal Atwal) should not have been invited but when it was realized the invitation was Revoked.

Trudeau on his tour visited Punjab and had a meeting with the Current Chief Minister of Punjab Captain Amarinder Singh were he reaffirmed his support for United India.

At a press conference in Mumbai Trudeau even stated that he believed in “One India, United India” and that the country opposes to any form extremism. This statement had been viewed positively for bilateral ties. A senior Indian official also described it as ‘Good Reset’.

Mr. Modi and Mr. Trudeau met in New Delhi on February 23, reaffirmed the breadth and scope of Canada-India relations it included certain key agreements between India and Canada working together for mutual Growth, joining hands to work on the issue of Climate change. The leaders agreed to expand the scope of the Canada-India Ministerial Energy Dialogue to additionally include electricity, energy efficiency. The Sustainable development goal for Gender equality was a major imputes it also brought up “Agenda 2030” (against all forms gender-based violence and exploitation against women, girls, and children). There were certain developments in building up of a peaceful and secure world, along with the growth of people to people contact between India and Canada.

This trip, however, is largely criticized in India, Canada, and the different countries in the world. Criticism stated that the trip could have been a shorter visit. Initially, it could have started from Delhi. The entire family tour including wife and their two children could have also been avoided. It was also largely criticized to be a visit for ‘Vote Bank Politics’ as it in a way tried to promote the Khalistan sympathizers and appease the Sikh community in Canada that account for a substantial number of Canadian voters. The trip is said to have risked the foreign policy to win domestic support.

Speaking to CNN, India’s former Ambassador to Canada, Mr. Vishnu Prakash said that Sikh Separatism was a matter of a greater concern inside of India as it goes to the core of India’s unity and integrity. So, it is an issue that needs to be sorted out between the two countries.

Trudeau, during his visit also said: “We will always stand against
violent extremism, but we understand that diversity of views is one of
the great strengths of Canada”.

What can be the future prospects of India-Canada’s international relations?

This all, in turn, has affected the bilateral relationship of India and Canada, as this has created clouds of mutual suspicion between both the States and need a matured dialogue. However, on the positive side, the meeting between Mr. Modi and Mr. Trudeau had some important decisions for mutual development and provided dialogue for future engagement of India and Canada.