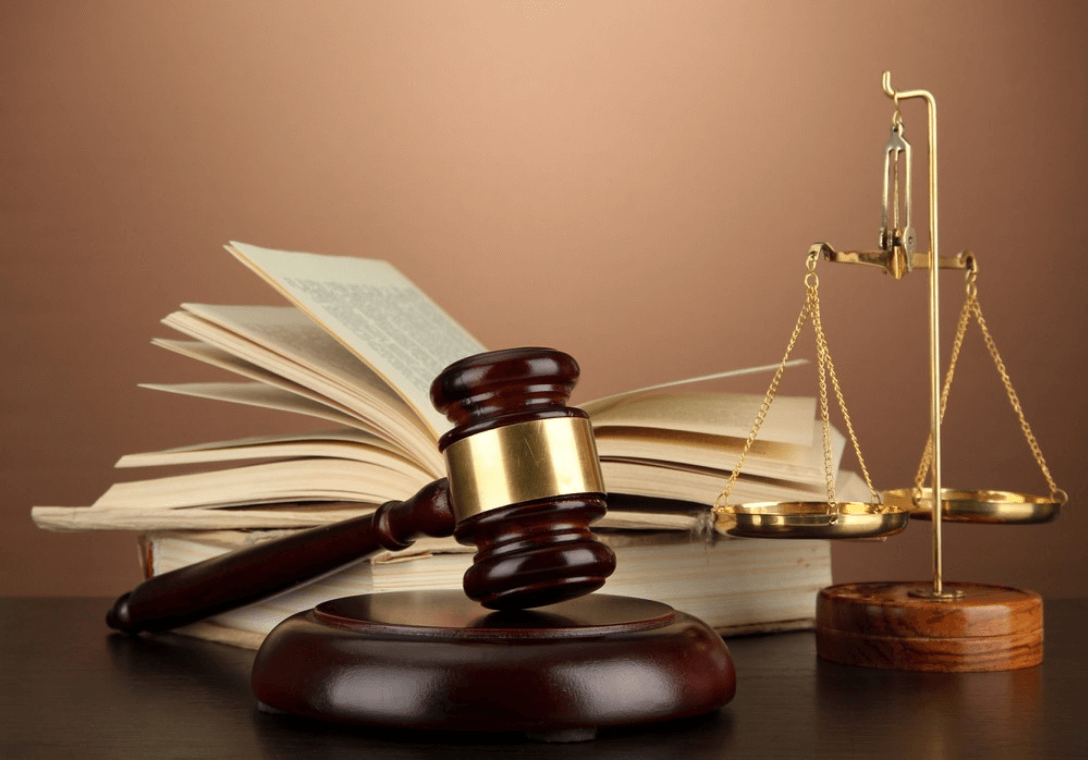 The recent judiciary-executive discord on judicial appointments revamps the discussions on the independence of the judiciary, executive interference to judicial process, judicial outreach etc. The latest crisis is based on the elevation of KM Joseph (Chief Justice Of High Court of Uttarakhand) as the Judge of Supreme Court. The Collegium of senior most judges recommended his name for the appointment but the government rejected and returned for reconsideration. If the collegium again recommends his name, then the government has no choice than appointing KM Joseph. But this act of the government calls attention as it is expressed as a deliberate move from the executive to interfere in judicial appointments.

The government interpreted this article as,

“The executive has the power to not to appoint a person recommended by collegium on strong reservations.”

Judicial appointments: Are these explanations by the executive viable for disapproving Collegium in appointing Mr. Joseph?

But in Joseph’s case, the explanations given by the government’s spokeperson proved faulty. The reasons for disapproval to appoint include, KM Joseph is 42nd in the line of Seniority, There is no fair representation of all the High Courts in the appointment of Supreme Court Judges. Kerala High Court already has enough representation where Joseph hails from. And there is no proper SC/ST representation in top courts.

But these justifications can be countered. In the appointment of Judges of higher courts seniority is not the only criteria. Here merit surpasses seniority. Though the issue regarding fair representation is true, it can not be linked to the appointment of a single person. Because the government had already approved Indu Malhotra’s (senior advocate of Supreme Court) elevation as a judge at the same time. So it can be assumed as a conscious action to target a person because of his judgements probably against government political motives. KM Joseph’s judgement on striking down President’s rule in Uttarkhand in 2016 can be read with in the same lines. The current episode of events is not isolated ones.

A tale of Executive interference – How far is it justifiable in judicial appointments?

Indian democracy already witnessed other cases of executive breach to the judiciary. In 2014 the government returned the recommendation to elevate Gopal Subramanium (Solicitor General and senior advocate) as the judge of Supreme Court. Mr. Subramanium withdrew his application unanimously and avoided a clash. R M Lodha, then Chief Justice of India condemned this act of government. The executive could able to delay the judicial appointments. Because there is no time frame provided for the government to implement collegium recommendation. Reports say more than 140 candidates recommended by collegium are pending with the government. So the executive has a part in the rising number of vacant vacancies in the higher courts.

National Judicial Appointment Commission (NJAC) was established by the central government through 99th constitutional amendment of 2014. It was an attempt by the government to hijack the judicial appointments. Though the amendment passed unanimously by the parliament, it was struck down by the Supreme Court violating the independence of the judiciary which is the basic structure of Constitution. But the Supreme Court gave the call for a new Memorandum of Procedure (MoP) to guide future appointments along with the judgement. The court asked the government to draft a new MoP so that the ambiguities regarding eligibility criteria and transparency could be redressed. But it is still pending with the government.

Instances of Executive interference – Is executive successful in Judicial appointments and others aspects?

During the Indira Gandhi’s reign, several interferences took place as in Modi’s time. The landmark judgement of Kesavananda Bharathi case in 1973 was a setback to the executive breach of power. This judgement outlined the basic structure of Indian Constitution. The dissented judge in the panel, A N Ray was appointed as the Chief Justice of India superseding three other senior judges. A.N Ray was fourth in seniority. J M Shelat, K S Hegde, and A N Grover were the superseded judges. They resigned from the Supreme Court. It can be seen as the revenge politics by the government on the Judges.

H R Khanna was the only judge who spoke against the detention of people during emergency period. He gave a dissenting judgement upholding the Right to life even during the emergency in the ADM Jabalpur Vs Shivkant Shukla case in 1976, which costed him the chair of Chief Justice of India. Indira Gandhi tried to uphold her powerful position by the 42nd Constitutional amendment in 1976. The major provisions related to judiciary include –

However, the 43rd Constitutional amendment of 1977 by the Janatha government restored the jurisdiction of Supreme Court and the High Courts in respect of judicial review and the issue of writs. The same government in 1978 by 44th Constitutional amendment restored some other powers of the Supreme Court and High Courts. Later on, the flaws in the appointment of judges were rectified by the Judiciary itself.

According to our Constitution, judges are appointed by the President in consultation with the members of the judiciary. The term ‘consultation‘ invoked controversies among
judicial-executive arena over its interpretation. So the Supreme Court provided a firm interpretation in the following chronology of events.

Ironically, judiciary sometimes acts with respect to the political climate. During the emergency, the courts stood down. And latest news about the deferred collegium on recommending KM Joseph’s name again, and the readiness to consider the names of judges from Calcutta, Rajasthan, Telangana and Andra Pradesh High Courts par with government guidelines create concern.

An introspection into the judicial appointments –

The political circumstances and the increased breach of power by the executive are worth to analyse. Judiciary was under constant attack during Ms. Gandhi’s tenure. During her reign, power was concentrated on a single person. She had no opponents or equalisers either in opposition or in the government. The proclamation of emergency in 1976 established her dictatorship attributes, though there are arguments that emergency was the need of the time. The fierce judicial acts and the people who reigned another government after the withdrawal of emergency saved the democracy and the supremacy of the Constitution.

The Narendra Modi government also has these similar peculiarities. Modi is the single face of the present day BJP government and the party. He is the established leader of both state and center party politics. He is amassing all the power. It is evident that other ministers act like puppets on Modi’s order. And the opposition is for namesake. His
demonetisation can be as understood as a sort of financial emergency. It is a fact that, the essentiality of a strong leader and a majority government to make firm decisions for the development and the welfare of the nation is a necessity. They are not bound to satisfy the bargaining chips of coalition politics. At the same time, it should be considered that a democratic government without proper check and balances is susceptible to dictatorship. Outreach to the judiciary is the initial stage of that transformation. So the attempts to bypass this check and balance system of the judiciary has to be prevented.

Criticism or drawbacks of Collegium system on Judicial Appointments –

In the analysis of judicial-executive strife off, certain criticisms regarding the collegium system must also be addressed. The collegium system has been criticized as an empire within the empire of Supreme Court. It is the collaboration of elite class of judges, not an institutional body. And it is undemocratic in nature as the appointments and the transfer of judges are taken by the judges itself. The collegium failed to fill the vacancies in time. The overwhelming and unattended cases in the courts further strengthened the argument. Also, it is said that the appointment process lacks the idea of fair representation. The opaque nature of its functioning creates more doubts in the public space. Nepotism and favoritism might become criteria in the appointments.

The way ahead of Judicial appointments and freedom

Independence of the judiciary is the cornerstone of Indian Constitution. The constitution is rigid as well as flexible and bound to the interpretation of the judiciary. There are some constitutional conventions that we follow from its inception. And it must continue for the proper functioning of the system. Destabilizing this order with the breach of power is not advisable. The balances between the judiciary and the executive must be maintained. The politicisation of judiciary cannot be tolerated. But we can not consider judiciary as perfect in its proceeding. Judiciary is criticized as a self-perpetuated oligarchy. The judicial reviews sometimes become judicial outreach.

But these problems are to addressed not by interfering or targeting judges because of
their judgements. Judiciary also need to exercise self-rectification. It must clean itself. The parliament should avail its powers to recommend for the removal of judges of Supreme Court and High Courts including Chief Justice of India in a fair manner in cases of malfunction. And also able exercise legislative powers bound to the constitution for the proper functioning of the judiciary. Binding to the words of J Chelameswar, judge of Supreme Court, maintenance of records of the proceeding of the collegium would bring transparency and accountability to the process of appointments. The accountability of the judiciary should be in balance with its independence. It makes the independence of judiciary uncompromised. Also, it is essential to preserve the check and balances envisaged in the constitution so that no single arm of the state becomes more powerful.

Also Read – Does India Need A Presidential Form Of Government?

To what extent decoding Modi as Muzzling Of Democratic Institutions justified.