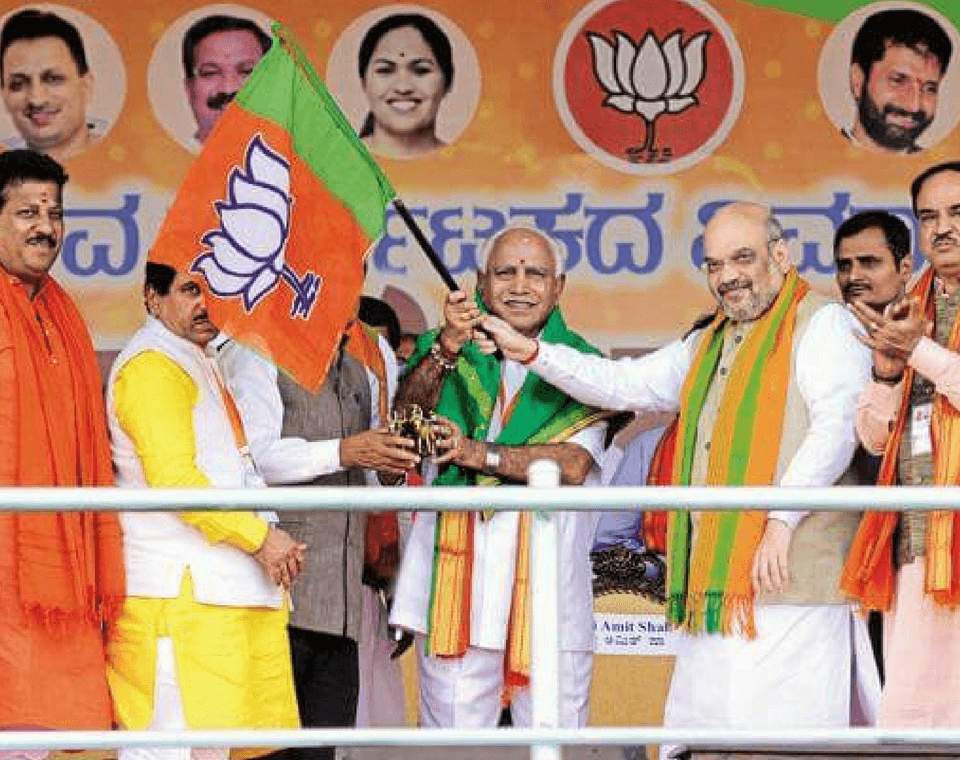 With Karnataka elections approaching, the question is if Modi would be able to divert the elections in favour of BJP?  Let us examine the various factors which reflect positive signs of BJP winning the Karnataka Elections.

Undeniably the strongest factor. When the battle gets tough for BJP, It’s Modi who has come to the rescue time and again. He seems to have all the infinity stones when it comes to winning an election. With some days of high end campaigning in Gujarat, Modi was able to defeat every sort of alliance, different opinion polls and petty communalising caste politics which few youngsters were trying to play. The win for BJP in Gujarat was one big achievement because factors like anti-incumbency, the discontent among Patidars, rising unemployment among youth and distressed agrarian sector were all working against the saffron party. The various opinion polls were showing the real trend and mind-set of people which was more or less against BJP before Modi started full power campaigning. He plays on the front foot, taking the pride of winning and also the burden of losing. Now Karnataka is the entry to the south and with a lot of factors working against BJP, still Modi can make the change if he will be able to make people understand his development agenda and can bring Bangalore to a hidden consensus of supporting the politics of development. A big plus which BJP has in Karnataka is in the form of urban voters and coastal areas, where BJP has huge expectation.Modi has been brutal in his attacks by taking jibes like Siddha Rupaiya government, ease of doing murders, open attacks on Sonia and Rahul and their stay on bail. Modi has been for the first time seen losing his cool and giving stern warnings to the heads of the congress asking them to mend their ways. It can be seen differently by different people, people can call it Modi’s political gimmick or some may relate to the frustration he must be going through to reform a country which was so deeply drenched in falsehood and corruption.

Karnataka is Not the first win in this Southern state for BJP:

Karnataka is different from other southern states for BJP in many ways, like BJP is one of the three major parties in Karnataka other than congress and JD(S). Unlike other southern states, BJP had been in full majority in Karnataka earlier. Had made governments in coalition with JD(S). Hence Karnataka is not new to BJP, it’s not a state like Kerala where BJP has no presence at least hitherto. Karnataka has been a known land. Secondly, Bengaluru is emerging as Silicon Valley of India, it knows the value of development led politics, it needs an enabling environment where the policies of Modi government for ease of doing business and make in India for making India a manufacturing hub seems to fit in very well. The urban section of Karnataka is a part of new India and is coming out slowly from the shackles of caste and class based politics, may connect with the Modi agenda. Though the rural caste based dynamics still needs to be factored in as Karnataka is an agrarian state and the biggest problem it is facing is of drinking water and agrarian distress.

Anti –Incumbency to play a role in Karnataka Elections:

There is a very strong anti-incumbency factor in play. Karnataka has a history of not having any incumbent ruling party back in power since 1985. Leaders of Congress may overlook this factor but the statistics tells it all. With Modi wave in the whole country, Modi aggressively pumping force in the elections , the anti- incumbency cannot be treated as a small factor and its compounded effect may very well benefit the BJP.

JD(S) can become the kingmaker in Karnataka Elections:

An important factor in the Karnataka polls is JD(S) factor. Opinion polls say it can be a hung assembly this elections (3rd such instance in history of Karnataka). With no party getting required majority, the JD(S) will be the kingmaker. The party, JD(S) supports will rule Karnataka. HD Dewagowda, the former PM takes prominence and his mention by Modi with respect and honour must have had a hidden message in that. Both Congress and BJP though are claiming clear majority but it is still to see what the public of Karnataka has in mind. In 2004 Congress and JD(S) were in a coalition government, and in coalitions the political balancing takes up all the time and energy to let any ground work happen, the same happened with 2004 Congress and JD(S) coalition and in 2006 this coalition broke down under Dewa Gowda’s son Kumaraswami. Though the JD(s) and BJP coalition also collapsed and in the 2008 elections BJP emerged as a sole winner. Now let us wait and watch what May 15 keeps in store. After results what political equations are made and what coalition comes to play.

Don’t forget to participate in our opinion poll and let us know who do you think will win the Karnataka Elections 2018.