PM Modi and his Tryst with the Press :

The Number of press conferences addressed by Prime Minister Narendra Modi so far is zero. To this the PMO says, “The Prime Minister’s interactions with press representatives are both structured and unstructured and therefore, information asked for is not available on record.”

In Modi’s tenure, he did not do any press conference as a Prime Minister. In the month of May before the 2019 Lok Sabha election, Modi alongside Amit Shah did a press conference where he passed most of his questions to Shah saying he was only there as a BJP leader, not as a prime minister. However, while the Prime Minister’s Office says it does not maintain record of the prime minister’s media interaction, Narendra Modi’s personal website www.narendramodi.in has a separate section where one can find media interviews that he has given so far.

Past Conferences by Prime Ministers :

The only prime minister to regularly hold press conferences was Jawaharlal Nehru.

The rest, did them occasionally. He would conduct them themselves and talk about a number of issues and often lose his temper too. Lal Bahadur Shastri, did not held press conferences. Indira Gandhi revived the practice.  She, I was told by her information advisor H Y Sharada Prasad, prepared herself meticulously before meeting the press.  Detailed notes were prepared on likely questions that might come up. She would also read prepared statements at the press conference before questions we’re put to her. Morarji Desai, her successor, met the press soon after assuming office.  My recollection is that the occasion turned out to be a debating session with the press, with the first few questions focused on urine therapy. Prime Minister Charan Singh never faced a formal press conference. Indira Gandhi continued to address press conferences.. The press conferences of Rajiv Gandhi used to be lively and informative.  They were structured.  When Vishwanath Pratap Singh did his conferences in the SirI Fort and he liked to prepare well for it. P V Narasimha Rao agreed to do one at the end.  Deve Gowda and Inder Kumar Gujral were in office for too short a period to address press meets. Atal Bihari Vajpayee interacted well with the press but his failing health prevented him from addressing press conferences. Dr Singh too has addressed the media during his foreign visits and did press conferences while giving out information.

Also Read -   Why is Narendra Modi still the forerunner for 2019 Elections?

Although press conferences have not played an active role in the past, Modi is criticised for the same. The opposition has criticised

Why People are Concerned about Press Conferences ?

The press used to carry themselves with the Prime Minister on foreign trips which allowed the media to interact with top officials and ministers. It made the government accountable to the people which was a fairly productive part of the functioning Indian Democracy. However, this rite has changed after the Modi took its office as the PM. He has made 59 foreign trips and did not have a single on board or post-landing conference. Manmohan Singh himself has not attended conferences in India and has only participated abroad. When then, Modi is being criticised for this?

Union Finance Minister P Chidambaram, who on January 13 in a tweet said, “PM talks from high platforms to silent audiences and does not take questions. We talk through the media and are willing to take questions from media persons.”

Unlike other PM’s in the past, Narendra Modi has always pleased his fans with his speeches. But, he has never made a single press conference where he could be engaged in a face to face, real-life setting for questioning.

The media too has changed.  Today, the audio-visual media is dominating the media. 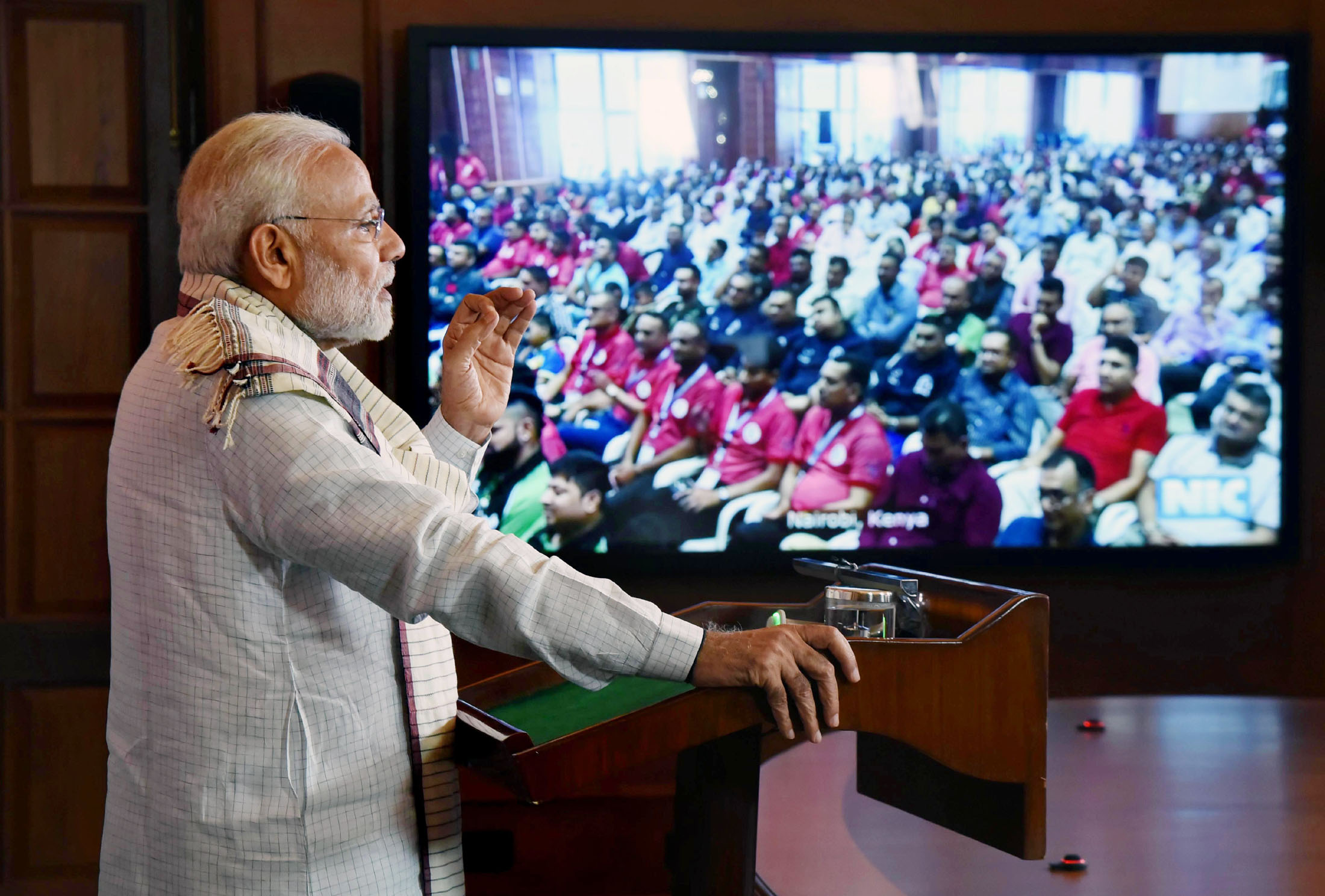 Being in the digital era he has made efforts showing up public platforms and communicating and actively participating to keep in touch with his work and the public. Narendra Modi always allows a unidirectional flow of information making social media as his platform. All his reach-out initiatives such as “Mann ki Baat” or his Twitter page allow information to be passed down. But it is not as productive as people can criticise but can never get an answer for the same as journalists to do.

Also Read -   Meghalaya Elections 2018 - Is BJP all set to expand its footprint in the North East?

However, he has interacted through a lot of ways like ‘MainBhiChowkidar’ and when he made an appearance in a TV channel #ModispeakswithBharat. He has always done things differently and has made an active appearance to interact with the public.

Events that are happening at the moment and affect the entire country should be taken up during press conferences. This is because most of the media houses are owned by politicians and parties or are biased. Clear questioning demands answers that are important for a functioning democracy.