Not Politicians but Gods to Contest in 2019 Elections?

In recent news, various political parties of our country have been ill-using gods’ names in order to gain support from the Indian voters. It seems that the key parties of Uttar Pradesh have enlisted their preferred gods to run their election campaigns. While the BJP is concentrating more on Lord Ram, the Samajwadi Party is positioning its motion around Lord Vishnu. The Congress is focusing its activities around Lord Shiva.

The Bahujan Samaj Party too is not opposed to gathering up support by taking names of Hindu gods and placing itself past the cliched image of being just a party of Dalits. All major parties are increasing such drives as the 2019 general election are close. 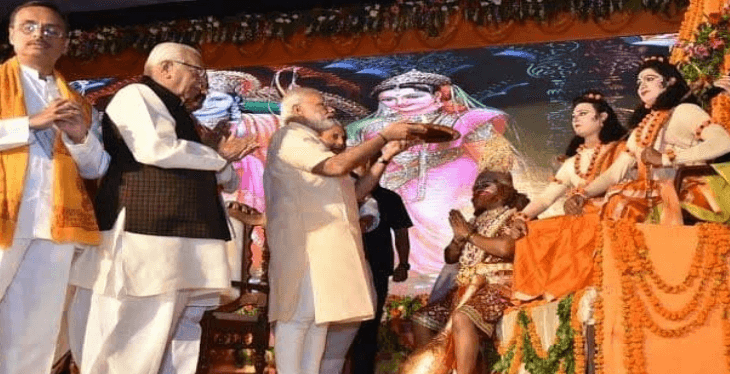 BJP has once again started promoting their commitment to the construction of a Ram temple in Ayodhya and is projecting themselves as pro-Hindutva for the next term as well. The BJP’s UP chief Mahendra Nath Pandey restated his party’s backing for a Ram temple on the disputed site in Ayodhya. He said that the party is trying to guarantee that the temple is built in Ayodhya through consensus. 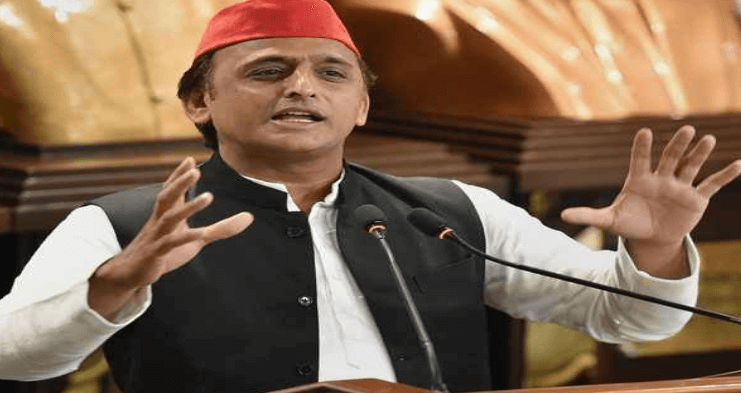 Samajwadi Party president Akhilesh Yadav has promised to develop a grand city in Uttar Pradesh named after Lord Vishnu, with a spectacular temple in it. He is directing to build the temple city on lines of Cambodia’s Angkor Wat, should his party be voted to power. Talking about his party’s proposal to build a grand temple city devoted to Lord Vishnu, Samajwadi Party chief Akhilesh Yadav said, “the city would be spread over 2,000 acres of land near Etawah.”

Interestingly, the party this time is trying to keep its distance from the Muslim community and they do not wish to dissociate itself from the Hindus.

The Congress, which was hurt the most by being depicted as a party majorly for Muslims, this time is trying very hard to dismiss its image. Congress president Rahul Gandhi, due to his many visits to temples in recent times, is now being portrayed by the party as a “Shiv Bhakt”.

Gandhi was also presented a portrait of Lord Shiva by Shiva devotees at UP’s Fursatganj. During the ceremony, Rahul Gandhi was seen with his forehead smeared with sandalwood paste with a prominent red ’tilak’ in the centre. He also wore a scarf around his neck as he sat for a ‘puja’ or prayers.

Gandhi had announced his intention to undertake the Kailash-Mansarovar pilgrimage. It seems that in the chase to the 2019 Lok Sabha elections, the entire effort is being seen by poll analysts as Congress’ attempt to connect with Hindu voters and dismiss its image of a Muslim-appeasing party.

Religion and politics intermeshed like that work as a double-edged sword for the countrymen. In one way it helps a community to move forward with its endeavors but at the same time, it sidelines national issues such as economic welfare and national security. One may argue that religion with politics is nothing but a tool to manipulate people into falling under the trap of vote bank politics.

Let us be clear about one thing, religion and caste in politics in our Indian political history has led to communal conflicts and has acted as a roadblock to progressive social changes. Various parties have successfully maintained the communal heat on, which means communal riots. While the parties claim that it had nothing to do with such “spontaneous” incidents. Famous religious leaders who stand for harmony and peace in our country are the ones who are actually dividing the country with their declaration of support to one political party. People tend to blindly follow such suggestions. We completely forget about the saddening incidents which were a result of such devious schemes. Are we really going to forget what our gods stand for, their philosophies, teachings and fight against our own mankind? How long can we allow such evil and selfish mind of the politicians to justify this tool of separation?