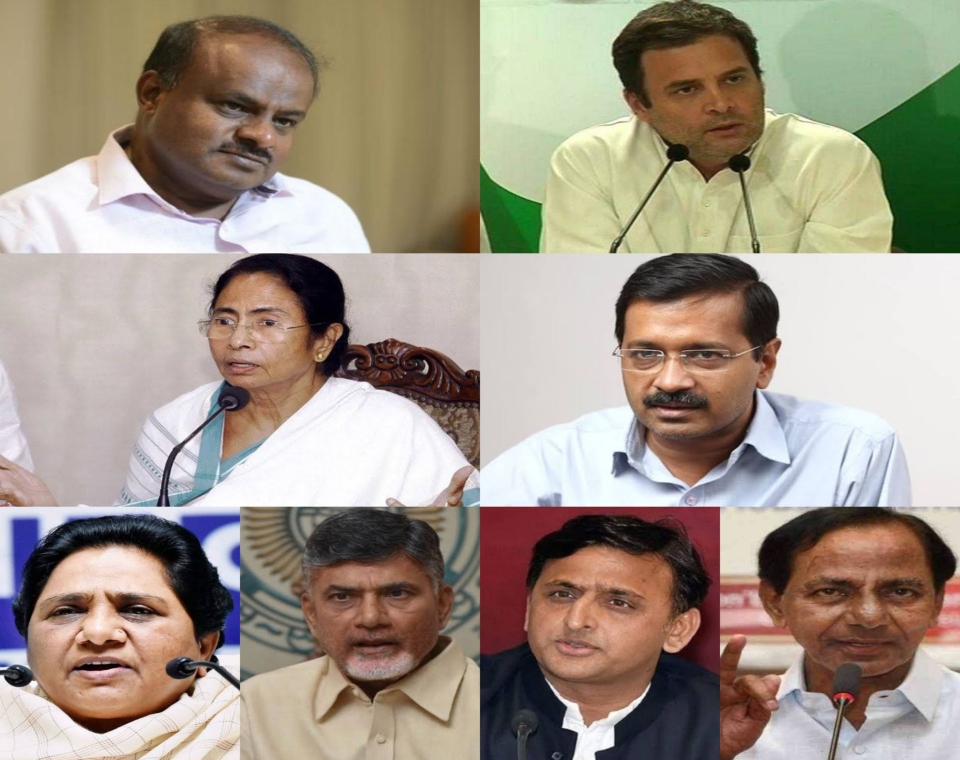 What do you think about Mahagathbandhan? When the main opposition party that is Congress-led UPA is feeling the inability to gain a good number of seats against  BJP led NDA, then it is trying to make a grand coalition of UPA and several state and regional parties. The fundamental principle of this Mahagathbandhan is the notion of Anti-BJP and Anti-Modi. But here is a list of 7 reasons why Mahagathbandhan looks real only on papers.

1- Leader of a charismatic personality

The main challenge to the coalition is the charismatic personality of PM Modi. The thing is that in such a coalition most probably the coalition will not declare the name of Its Prime Ministerial candidate, which could cost them severely.

2- All are intended to hold offices

Although, Congress is unofficially declaring Rahul Gandhi as the Prime Ministerial candidate of the coalition but there is dissent in the grand coalition partners regarding that.Although they are small regional or state parties but they too have aspirations of becoming a minister or even Prime Minister in the coalition government.

the main conflict is regarding the seat distribution. state party found their monopoly in their respective states so there would be fewer chances of fair distribution of seats which could cause dissent in the partners.

4- Challenge for the Congress to maintain it’s dignity

As Congress is oldest and has been the largest party in the country so where state parties are strong enough it is against it’s dignity to contest election only at a few seats. And doing so would be bad for the future of the Congress as it will leave a bad impression on the voters.

5-  Race within the coalition

Congress would try to contest an election on maximum no.of seats so that it has maximum MPs which would strengthen the Prime Ministerial candidature of Rahul Gandhi. In fact, there would a race to have largest no. of MPs which can cause conflict.

There are so many leaders who will accept the leadership of Rahul Gandhi neither as a coalition leader nor as a prime minister. Mamata Banerjee is such a leader.

7- Disadvantages would unite to cost

The Coalition will make the people think and ask that, why the coalition? why is the whole opposition going to unite? When common people are not having problems at such a level.

It would be very difficult for the coalition to explain or justify the need of coalition at such a vast level that partners are transcending their historical rivalries and their cherished principles.

Also Read -   Understanding the changing equation of the Guru-Shishya relationship