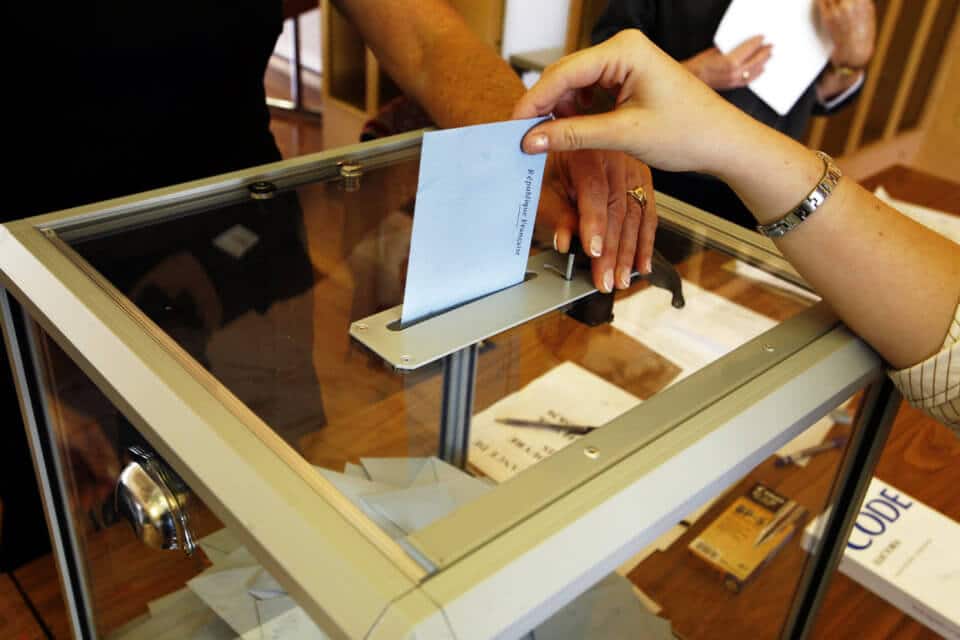 After the recent streak of television interviews given by Prime Minister Narendra Modi, the possibility of simultaneous elections to the 17th Lok Sabha and all State Assemblies has returned to the political discourse in the country. Although the issue was in limelight in 1999 after the 170th Law Commission Report, in 2015 after the 79th Report of the Parliamentary Standing Committee was tabled in both houses of the Parliament, and in 2016 after a NITI Aayog Discussion Paper, its return is at a crucial juncture of Indian electoral politics. With only over a year left for the completion of the term of the 16th Lok Sabha, all State Assembly elections in 2018, particularly those of Karnataka, Madhya Pradesh and Rajasthan are to be of decisive importance in the run-up to the next general election.

Read more – How Indian Parliament Has Declined Over The Years?

Simultaneous elections have been subject to severe criticism, but the government and its agencies have stuck to their ground, justifying the need to and elucidating the benefits arising out of conducting simultaneous elections. The NITI Aayog Discussion Paper largely encapsulates the position of the Government on the issue, also covering suggestions of the Law Commission and Parliamentary Standing Committee. While legitimate questions of political ethics, voter behaviour and the intention of the Government behind the proposition have been raised, the constitutionality of the move has been largely obfuscated.

What the NITI Aayog proposes on Simultaneous Elections-

The discussion paper first traces the idea of simultaneous elections in history, examines the reasons for having such a policy and the resultant benefits, enumerating likely criticisms and proposing counter-arguments, finally building upon previous recommendations to propose a model for electoral cycles. The paper states three primary issues and three secondary issues which are pervasive in the current system of electoral politics. The primary issues are –

i) impact on development programmes and governance due to imposition of Model Code of Conduct;

ii) massive expenditure by Governments and other stakeholders due to frequent elections (an almost three-fold rise from the General Elections of 2009 to 2014), and

The secondary issues, all arising out frequent elections are

i) disruption of normal public life;

ii) perpetuation of caste, religion and communal issues, and

iii) adverse impact on the focus of governance and policy making.

Identifying four core criticisms, operational feasibility, voter behaviour, greater accountability of governments in facing the electorate more than once every five years and finally, job creation at the grassroots level, the paper tries to address them. The paper finally proposes a model for conducting simultaneous elections, in two steps – the “Synchronization Phase” and the “Regular Elections”, both having two phases each. The two phases in the first step would require curtailment and extensions of terms of State Assemblies to fit with either April-May (Phase I) 2019 (scheduled General Elections) or the mid-term election phase of October-November (Phase II) 2021. Thereafter, Regular Elections can be held every five years, i.e., April-May 2024 and October-November 2026, etc. Early dissolution of the State Assemblies would mean alignment of the next elections with either, in this model, result in the State in question being under President’s Rule under Article 356 for a maximum period of 15 months. Similarly, the curtailment of the State Assembly next elected would be for a maximum period of 15 months.

This, of course, presupposes a mechanism to remedy the early dissolution of the Lok Sabha – President’s Rule with the aid of the Council of Ministers appointed by her, if the remainder of the term of the Lok Sabha is short, and immediate call for elections with the Lok Sabha thus constituted having a term till the next scheduled General Elections.

While the discussion paper captures the criticisms of the suggestion of simultaneous elections quite well, the reasoning it forwards to counter the criticisms is deeply flawed. Although the response to job creation during elections as being temporary and short-term is well taken, the stance of the requirement of “…every politician needs to go back to the electorate once his/term is over for re-election…” essentially assumes a presidential character of the Indian democracy. However, due to anti-defection laws, the separation of party and government is non-existent when it comes to electoral politics. Therefore, a member of legislature of the ruling party, either at the centre or the state, is likely to be punished for the failure of any government which his party belongs to. Similarly, candidates of the opposition parties may benefit from the non-performance of the government. A pertinent thing to note is that national issues are liable to influence State Assembly elections and the results are often seen as expressions of either reposition of faith in or disenchantment with the Union Government.

Read more – Does India Need A Presidential Form Of Government?

Finally, the criticism, supplemented by date with respect to voter behaviour has been dismissed as speculative for not having established a causal relationship between voter behaviour as an effect and simultaneous elections as its cause. However, this is being too dismissive about research and ground realities and not accepting that national issues can affect local elections.

The Constitutional makeup of the Indian democracy follows the Westminster model and therefore, the Executive comes from the Legislature. Since the Executive is responsible to the Legislature, the Legislature has the right to express no-confidence in the Government. Following this, a new Government is usually formed, failing which the lower house is dissolved and fresh elections are called.

Article 83 of the Constitution pertains to the term of the lower house of the Parliament and the corresponding Article 172 does so with respect to State Assemblies – 5 years. The text of these Articles permits for the dissolution of the respective houses before the culmination of the 5 years, but allows for the extension for this term, only in cases of Proclamation of Emergency. Even then, such an extension can last the maximum of a year. In the current setup, extending the terms of State Assemblies is not possible without proclaiming emergency; with prior experiences, it is impossible for any Government to act in that manner.

Secondly, the Parliamentary Standing Committee has recommended the adaptation of the Fixed-term Parliaments Acts, 2011 enacted by the British Parliament, which allows fresh elections to take place only if either of two conditions is met. First, if at least two-thirds of the members vote in favour of such a motion; or second, if a successful motion of confidence in Government follows a successful confidence of motion of no confidence in the Government within fourteen days. Adaption of the Fixed-term Parliaments Act, 2011 would not take away the President’s power under Article 85 to dissolve the Lok Sabha. Combined with the President acting on the advice of her Council of Ministers, this would render the requirement for two-thirds majority to call for fresh elections void. Additionally, such an adaptation would show ignorance of ground realities. In a democracy where both national and regional parties play an important role, and coalition Governments are a norm; it is not prudent to expect a plausibly fragmented opposition to necessarily form Government after a successful no-confidence motion.

Furthermore, the Law Commission of India in its 170th Report has recommended a bar on repeated no-confidence motions to be voted upon – such that after a no-confidence of motion is simply voted upon, irrespective of its success, no similar motion can be taken up for discussion for a period of two years. This would discourage the opposition from raising a no-confidence motion for fear of failure and being bound by such failure for a further period.
Finally, with the wide range of available research and literature available on patterns of voter behaviour in cases of simultaneous elections cannot be ignored and has to be carefully considered while taking any decision. As laid down in the historic decision of Kesavananda Bharati v. State of Kerala, the Supreme Court has considered Parliamentary democracy to be an essential feature of the Constitution and that any Constitutional Amendment seeking to alter the basic structure would be void. Although simultaneous elections, on the face of it do not seem to alter the basic structure of the Constitution, the practical implications are bound to change the nature of free and fair elections. Simultaneous elections are not free, due to the invisible force of national issues and the oft-made argument of greater synchronization if the same party is in power at both levels of government. The fairness of election is also compromised in this system, since the party in power in the Union Government, or on failure of such Government, the Opposition has a disproportionate chance of gaining.

Simultaneous Elections are neither ideal and nor practical –

Although it may be assumed that the NITI Aayog had a bona fide intention for the suggestions in its discussion paper, they are largely impracticable. Simultaneous elections are not Constitutionally viable as the basic structure of parliamentary democracy would be altered, not in principle, but in practice. The only points well-made are those of increasing costs for holding multiple elections and deployment of security forces. However, the cost to India’s democracy exceeds the benefits from employing the policy of simultaneous elections.