To what extent decoding Modi as Muzzling Of Democratic Institutions justified.

The Supreme Court in its judgment on 8th January set aside government’s order that divested Alok Verma’s power as CBI chief. He is now set to join his duty again bringing the infamous CBI- Verma vs Asthana back into limelight. This has prompted several leaders of anti-Modi camp, particularly Congress MLA Randeep S Surjewala to bring into focus their famous rhetoric- “MODI- Muzzling of Democratic Institutions”.

Opposition, sections of media as well as some well known names of Indian intelligentsia have raised a scathing slogan against the BJP and PM Modi, that he has ‘destroyed India’s democratic institutions’. Their argument is that Institutions like CBI, EC, Judiciary, and RBI among others have been used as tools by BJP to favor decisions and dictate politics in accordance with their own interests. Given the severity of these accusations, it is important to examine the various incidents, concerning these institutions that have been cited in their argument. And the veracity of their argument.

The CBI vs CBI case

The CBI vs CBI case requires some insight into its recent past before one dwells further into the present scenario. In October 2017, Rakesh Asthana, a Gujarat cadre IPS officer was appointed as CBI’s Special Director. This move was challenged by CBI chief Alok Verma as his name was involved in a corruption case. Verma as well as Anti-Modi brigade’s go to lawyer Prashant Bhushan approached SC regarding the appointment but SC dismissed their petitions. Later Verma’s name was also raised in a corruption case and in time, CBI was handling cases of both these men. This led to disputes among both men as well as some altercations that portrayed CBI into a poor light. Fearing loss of public faith in this prestigious institution, both were sent on a leave for an indefinite period. While govt. took this step to preserve the sanctity of CBI while the cases were being examined, Media and Opposition cited CBI being Modi’s ‘caged parrot’. They claimed that Asthana was unfairly appointed and that Verma was dismissed because he was to start investigating into the Rafale controversy. Asthana’s appointment was an issue already looked into by SC; Rafale argument on the other hand was thrown into public domain without any conclusive proof. They henceforth continued with their narrative of ‘muzzing of democratic institutions’. This was further ignited today with SC’s judgment reinstating Verma. However the verdict has one condition- Alok Verma can’t make any major decision until a high power select committee decides his fate. So does this whole issue show Modi’s interference or just a baseless accusation of the opposition and the pliant media?

SC initially found no discrepancy in Asthana’s appointment. Later,the two officers were removed because the charges leveled on them, and their subsequent mutual disputes were giving CBI a bad name. The Rafale argument too was just fuel to the fire as its clear facts are already out for everyone to see. The lapse on the government’s part was concerning Verma’s dismissal as only a select committee of PM, CJI and Leader of Opposition can take this decision. Barring this mistake, calling this case interference in CBI is a tad too strong.

Judiciary has also been cited as a victim of muzzling especially when 4 judges of SC held a press conference last year. They claimed that CJI allotted cases according to his wish and in a way that the outcomes of the cases favor the ruling government. Firstly, to bring the internal matters of the apex court into public limelight is itself shooting the democratic institution in foot. Secondly, if judiciary was indeed a caged parrot, Ram Mandir would have seen the light of the day long time back. Lastly, when Indira Gandhi tried to interfere in SC’s working, our democracy stood strong and she was ousted from power. PM Modi, well, is still going strong into 2019.

The RBI vs Government Tussle

RBI and EC also haven’t been spared for their own reasons: For RBI its Urjit Patel’s actions &resignation and Viral Acharya’s comments; For EC it’s the constant slogan of malfunctioning of EVMs and disqualification of 20 AAP MLA’s. No RBI governor has bowed down to government’s pressures, hard to think why Patel would do otherwise. His resignation was also due to his own reasons, as stated by PM Modi. Deputy Governor Acharya’s comments accusing government of interference seem unfair. His accusations were not only debunked but also maligned the image of the Central Bank. 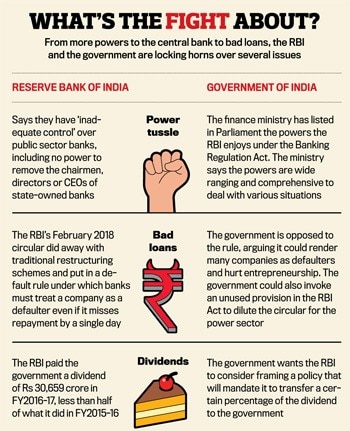 The argument of EVMs has shown a contrasting picture in the recently concluded state elections. With Congress winning, the demand for ballot papers died down, which was at its peak during previous state elections, won majorly by BJP. Whereas the decision to disqualify AAP MLAs was taken by EC independently on guidelines of ECC. Thus, the muzzling accusations fall flat here as well.

It seems that after with ‘jumlas’, ‘intolerance’ and ‘democracy under threat’, ‘Muzzling of Institutions’ is just another futile attempt at magniloquence by the Congress and its allies. It is evident that the election of PM Modi, his subsequent policies and BJP’s growing popularity hasn’t gone down too well with the Leftist and Liberal cabal. Questioning the sanctity of these institutions without concrete  evidence as a resort to counter PM Modi has only harmed the paramountcy of our democracy. 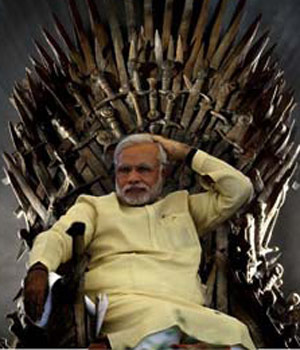 Congress President recently said in parliament, “I have no proof so far, but I’m very clear that Prime Minister is directly accused in this…” Clearly that’s the policy to go about criticizing PM Modi.