Also Read -   Does Imran Khan aspire to be like Narendra Modi?

While presiding over the 71st State Level Independence day celebration function at Rampur in Shimla district, Chief Minister Shri Virbhadra Singh announced Dearness Allowance of four percent to State Government employees and pensioners from January, 2017 to be incorporated in the salary of September, 2017 and to be paid in October. He also announced Government Degree College at Jeuri. 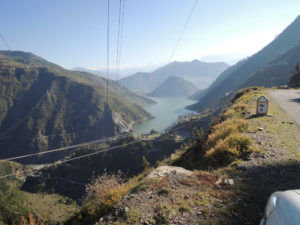 Himachal Pradesh has failed to develop a biotechnology park in Solan district with the Centre’s assistance in 12 years despite incurring an unfruitful expenditure of Rs 2.07 crore and axing 897 trees, the Comptroller and Auditor General of India has said.

The park which is yet to be established, was initially proposed to be commissioned by 2006-07.

Until October last year, the industries department was in the process of transfer of environment clearance and land in its name. The CAG slammed the government for faulty planning in establishing the park that resulted in the expenditure of Rs 2.07 crore. Besides, the biodiversity of forest land diverted for the park had been changed by cutting 897 green trees, resulting in degradation of the environment in the heavily industrialised area.

For the last three years the Himachal Government has been making desperate attempts to revive the declining hydropower sector in the state. Falling revenues from the hydropower sector, the lack of interest of the private sector in taking up any new projects, the inability of existing projects to be completed on time, the rising cost of hydropower are some of the indicators that the government seriously needs to review its unrelenting and blind faith in hydropower development as the driver of the economy in the state. But instead of taking a hard and critical look at the root causes of this slow down, the government has taken steps which deserve to be challenged.

Recently the Chief Minister of Himachal Pradesh also pleaded with the Union Ministry of Environment for delegation of powers to the State Government to accord environmental clearances for all run-of-the-river hydro power projects. The argument for such a plea according to Shri Vir Bhadra Singh was again delays in project implementation.

Ignorant attitude of the government towards state’s interests 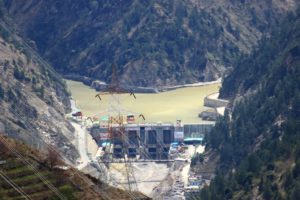 The project has already been sold to another power developer for which the state government had given its permission last year. The company is also accused of hiding information about the actual capacity of the hydel project.

This is one of the revelation made by the Comptroller and Auditor General (CAG) of India in its report, in which it rapped the state government’s policy to promote hydro-power sector to raise revenue against the interests of the state.Singh said in health sector, three new medical colleges were coming up at Nahan, Hamirpur and Chamba, “Government is all set to take over the ESI medical college in Mandi and make it functional from this year while an AIIMs is coming up at Bilaspur.”

Himachal Pradesh chief minister Virbhadra Singh in January 2016 got relief from the Delhi high court after it cleared the decks for him to get copies of documents in the money laundering case lodged against him. HC disposed of a plea filed by Singh after the Enforcement Directorate (ED) and the CBI agreed to furnish him copies.Himachal Pradesh Governor Acharya Devvrat on Tuesday gave assent to controversial HP Town and Country Planning (HPTCP) Amendment Bill, 2016, paving way for regularisation of all illegal constructions in urban areas on “as is, where is” basis.