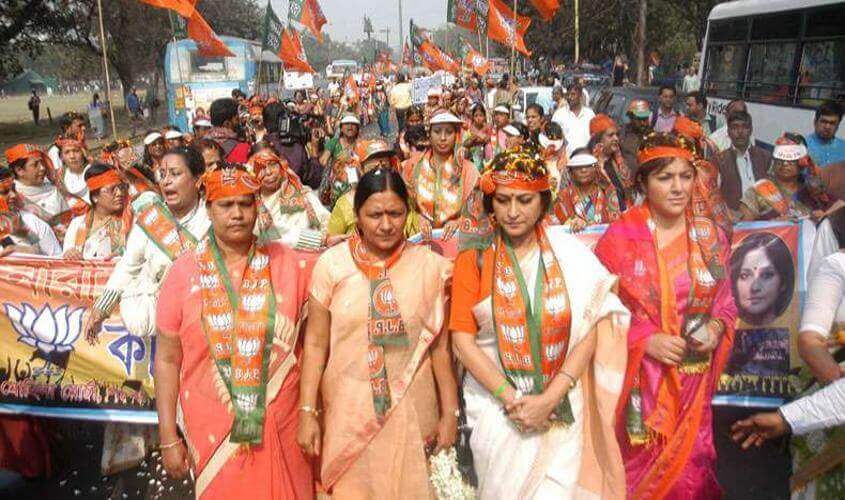 The recent West Bengal Civic Polls was a major victory for the TMC government right in front of the very anticipated and important, closely approaching, panchayat elections to be held in the beginning of 2018. Out of the 148 wards in the seven civic bodies, the party won 140 wards. Of the remaining 8 wards, 6 were bagged by the BJP (forming the opposition), and the two others left by the Front Bloc(a part of the Left Front) and an individual candidate each. The Congress and the CPI(M) failed to bag even a single seat in any of the wards. The clear message being sent by the masses that, maybe, the CPI(M) and the leftist days are coming to an end, in their own ‘territory’. The Congress party has, however, raised allegations against the Trinamool government, alleging the elections being rigged.

The following is a table giving the total insight of the poll: 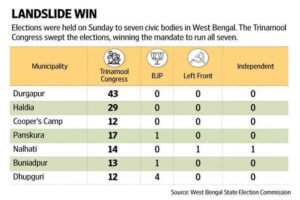 Amidst all this victory, however, the BJP emerged as the biggest competitor and a threat to TMC’s majority support in the state politics. It might look like the BJP won only with a small number of seats, however, it might be a beginning of the saffron color spreading its influence to the places that earlier had no possibility of any such thing coming up.

For eg., in the Dhupguri municipality, the TMC won 12 wards out of 16. The remaining 4 were taken by the BJP. It was predicted to be a Left force before the elections. However, the BJP swept away the territory.

Again, the previously Left dominated port town of Haldia showed similar results. The masses shifted their loyalty for the Left towards the BJP this election. Weakening the Left’s position in their very own territories.

This takes over by the BJP has given a slight intimidation to the TMC over it, spreading its saffron roots in the Bengal territory. In the previous state elections, the BJP had won 2 Lok Sabha seats from West Bengal, while the TMC had won 34 of the 40 seats of the Assembly seats.

On analyzing the polling trends in the state of West Bengal, it has been a TMC dominated state since the past few years. The Mamata Banerjee led government is running its second consecutive term in the state. All these years, however, there have been complaints and accusations against the government of rigging the elections, foul play and promoting violence among the masses. In fact, even during these civic elections, the Congress party and the Left Front have alleged the elections being rigged and that the TMC had forced people to vote. In the town of Durgapur, where the BJP and TMC were having quite a close-cut polling ratio, it has been alleged by the BJP’s State President, Dilip Ghosh, that the TMC had bombed the polling area on purpose to disrupt the elections in that area. However, it appears that these nuisance created by the TMC is far less than the nuisance it created during the previous elections, held in the month of May 2017.

Whatever be the cause of the Party’s win, the people’s love or the allegations of the elections being rigged, TMC has once again emerged victorious in the elections and has proved its establishment in the state. 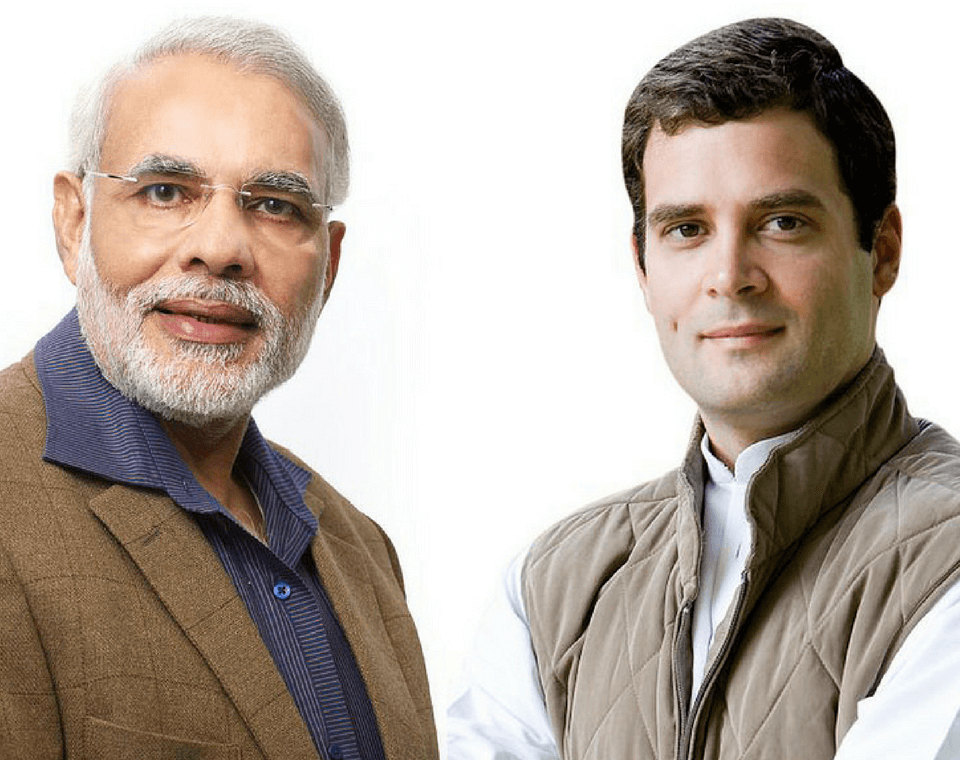 Are BJP’s recent loses an indicator of end of the Modi...

Judiciary versus Executive: Tug of war on Judicial Appointments