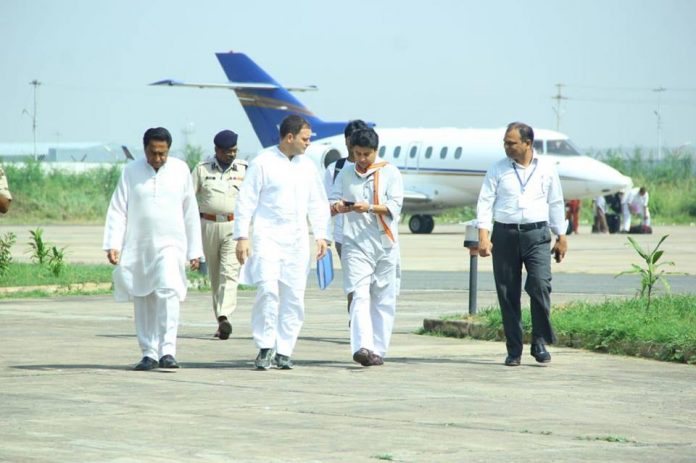 For the last 15 years, Congress has sat on the opposition side of the Madhya Pradesh Assembly. This November though they are looking to change their seats. With Rahul Gandhi at the helm in Delhi, Congress is yet to score an out an out victory in any state. In Karnataka, they are in power but with the crutches of an alliance and no chief minister of their own. In Madhya Pradesh, Congress has a unique opportunity in their hands. MP has been historically a two-party fight between them and BJP. Unlike in Gujrat, they have strong leaders in the state in the form of Jyotiraditya Scindia and Kamal Nath.

Moreover in Madhya Pradesh BJP will be fighting the incumbency wave and not Congress like in Karnataka. Madhya Pradesh elections are also along with state assembly elections in four other states across India. For Congress, the upcoming elections will be a litmus test before the 2019 elections.
Congress knows that they need to put up a better performance than Gujrat and Karnataka. With the third front becoming a possibility, they need to show their muscle before 2019 to keep their high place in Mahagathbandhan. For this, they need to perform well in MP along with other states. Let’s look at the strategy Congress seems to have come up in MP to achieve their goals-

A new and rejuvenated Rahul Gandhi was the talk in Karnataka and Gujrat elections. He seems to have carried his newfound image into the campaign trails in Madhya Pradesh. He attacked PM Modi directly with the jibes on Rafael. His aggression seems to have found better expression in his words and conferences than in his rolled up sleeves.

His speeches have been more about BJP and Central government. This seems to be a deliberate attempt by Rahul Gandhi to put himself face to face with PM Modi. In previous instances, he has failed to project himself against PM Modi but this time around he has succeeded in the same.

Mr. Gandhi has also handled the party organization well in a tricky situation. The biggest challenge still for him would be to sustain this campaign as the election date comes near. In Gujrat too they let it slip away in the last stages of campaigning. 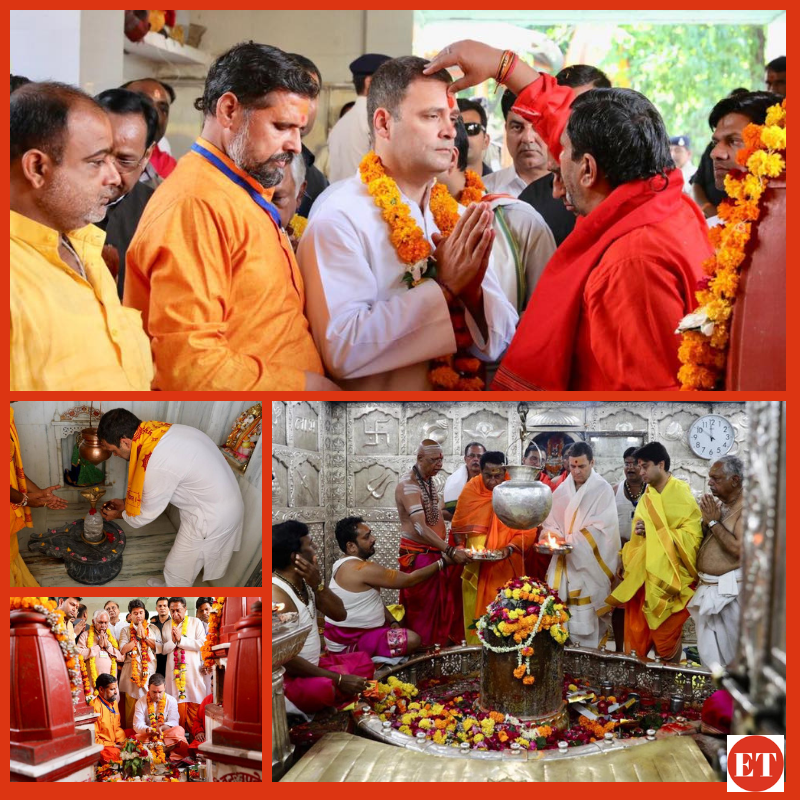 Congress seems to have taken a leaf out of BJP’s guidelines for a successful election campaign, but with a twist. They have for dismay of numerous political observers have started on the path of Hindutva Politics. Rahul Gandhi seemed to have strategized his early campaign around this theme in Madhya Pradesh. He first went to Kailash Mansarovar in the run-up to the elections. Then a trip to multiple temples followed as he toured the poll-bound Madhya Pradesh. His rallies and Sabha’s were planned around these visit’s to temples very carefully.

The Soft-Hindutva politics is a thought-out strategy for Congress and not just a knee-jerk reaction to BJP. Madhya Pradesh, Chattisgarh, and Rajasthan are part of the Hindi belt where Muslims population is not a factor in elections.

Madhya Pradesh especially has very handful seats, where Muslims form a sizeable vote. Rajasthan and Chattisgarh are also quite similar in this regard with Madhya Pradesh. Congress knows this demography well and is trying to woo the Hindu vote away from BJP.
Congress know that the stir caused by the SC/ST act has left sections of the upper caste voters sore with BJP. They sense the opportunity to woo this vote away from BJP and Soft Hindutva politics is seems to be their strategy for the same. Congress though would also be wary of the fact that SAPAKS, a new entry in Madhya Pradesh, is also targetting same voters. 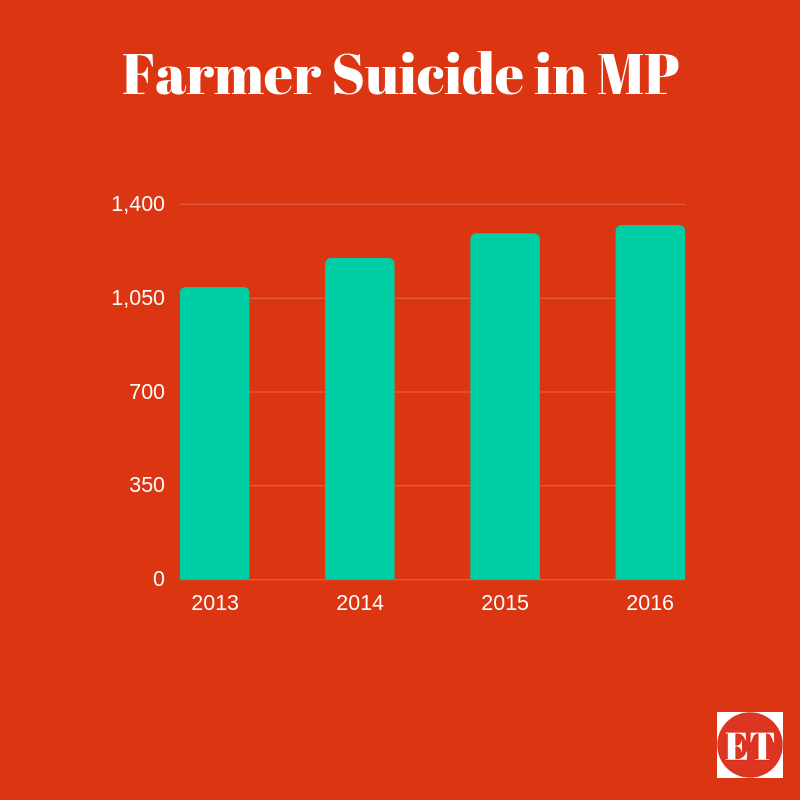 Congress has identified farmer distress as their biggest issue leading to elections. Rahul Gandhi in every speech of his has mentioned the issue of the right price for farmers. MSP prices have always been a thorn in BJP government since 2015. In Madhya Pradesh alone more than 1000 farmers have committed suicide every year between 2013-16.
The agriculture growth rate of the state, on the one hand, has been around 20% but farmer suicide has not stopped. Congress in their manifesto and campaign speeches has not forgotten to take up this issue. They have targetted BJP government for not giving the due to farmers.
When the Mandsaur incident happened, Congress was quick to take the issue straight to Delhi. Rahul Gandhi visited Mandsaur during the same time and have sustained the movement from there on. 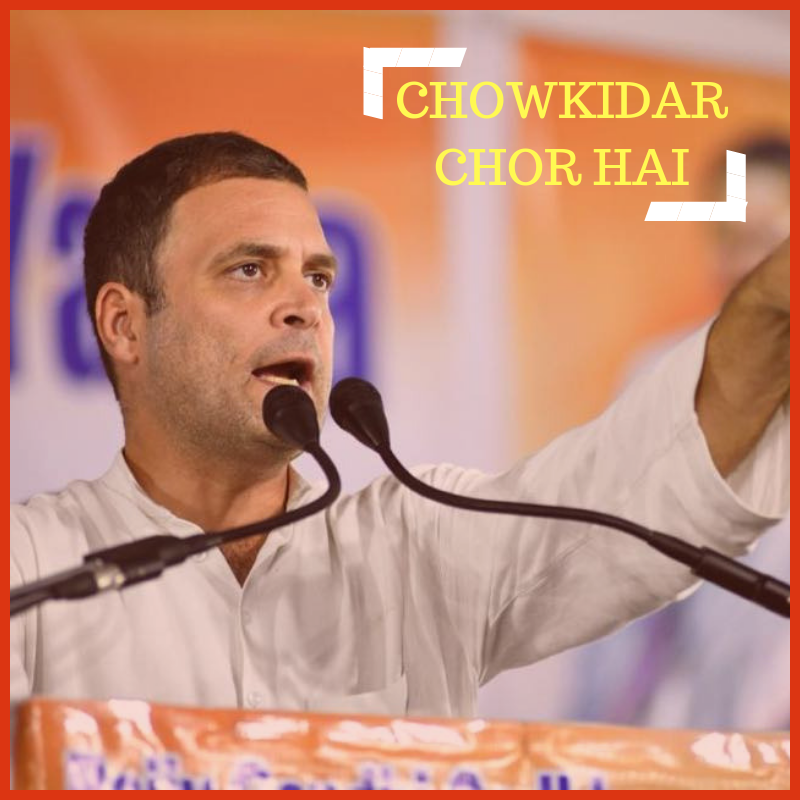 Congress has upped their attacks on PM Modi in this campaign. Rahul Gandhi has not shied away from attacking the central government and PM Modi on various occasions. Rafael, Mallaya and Mehul Chokse are the issues that seem to dominate Rahul Gandhi’s speeches. His direct attack on PM Modi on the issue of Rafael also seems to be a strategy that will continue in the campaign. The same could continue in 2019 too.
Though the elections are for MP state assembly, Congress though has talked more about PM Modi and not Shivraj Singh. Rahul Gandhi especially has targetted PM Modi and not MP government.
Rafael deal has been a contentious issue for between BJP and Congress. With the issue now in Supreme Court, it will not subside as well. Congress and Rahul Gandhi have actually successfully managed to steer the campaign from Shivraj Singh Chouhan to PM Modi.

The biggest challenge leading up to the state assembly for Congress was the fighting between factions within the party. Jyotiraditya Scindia and Kamalnath along with Digvijay Singh are all very strong state leaders and do not work together very well. Along with them, there were also small factions in Ajay Singh and Jitu Patwari. In the previous two elections, these factions have fought between them and resulted in the party losing badly. This time around though, Rahul Gandhi has given Jyotiraditya Scindia and Kamal Nath important roles in the campaign. Former has been given the role of campaign chief while the later state party chief. Digvijay Singh though has been left out from the entire campaign and is miffed by it.

Congress president, Rahul Gandhi has said that they will not field a CM candidate. Interestingly, Mr. Scindia and Mr.Nath both are not contesting polls. Both are currently the only two Member of Parliament for Congress from the state and the strongest leaders from the state. Congress seems to have missed a trick here by not fielding them in the election. It was maybe for keeping them from infighting but seat allocations did leave a lot of party members disappointed.

What will be the impact of BJP-PDP alliance breakup?