Why Supreme Court’s ban on Triple Talaq is a victory for women?

On 22nd August, the Supreme Court banned the practice of Triple Talaq in a 3:2 judgment ratio. The Court firmly believed that the Muslim practice of triple talaq by uttering “talaq” thrice was “illegal and sinful”. The constitutional bench also said that triple Talaq “is not integral to religious practices and violates constitutional morality”.

What is “Triple Talaq” and how did it come into effect?

Since 1937, Muslims are controlled by the Muslim Personal Law (Shariat) Application Act which replaced the former “Anglo Mohammedan Law”, which was governing the Indian Muslims before 1937.

Triple Talaq or Talaq e biddat is a practice where the husband can divorce his wife by uttering “talaq” thrice. The practice of this type of talaq is prevalent among the Hanafi Sunni Muslims. However, the practice of this form of divorce is not prevalent among all the Muslim of India and worldwide. There have been many active debates between ulamas of different Muslims clans on the use of triple talaq as a way of divorce.

The practice of triple talaq was opposed by a huge number of Muslim women, who felt that the practice was “regressive”. Many of these women even filed a PIL in the Supreme Court for the same. The issue of Triple Talaq first came on news in 2015, when Bhartiya Muslim Mahila Andolan started a protest to ban triple talaq.

The practice has been strongly supported by the All India Muslim Law Board, an organization aimed at educating Muslims of application of Muslim law. The AIMLB staunchly opposed the ban of triple talaq and polygamy. The Board is against any government interference in the personal law of Muslim community. They believe that the court must be kept out of matters concerned with faith.

According to the Supreme Court, the practice of triple talaq is banned in many Muslim majority countries of Pakistan, Saudi Arabia, Morocco and Afghanistan.

Involvement of Supreme Court and its Verdict 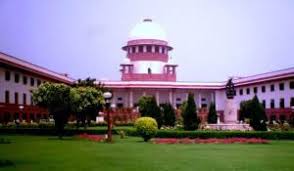 The Supreme Court has time and again been involved in the case of triple talaq. On 13th May 2017, SC labeled Triple Talaq as the “worst form of marriage dissolution”.

The Supreme Court passed its final verdict on 22nd August 2017. The constitutional bench comprised of 5 judges of all five faiths – Hinduism, Islam, Christianity, Sikhism and Zorostrainism.

Justice Kurian Joseph, Justice Rohington Nariman and UU Lalit iterated that “what is sinful under religion cannot be valid under law”. According to them, triple talaq may be an acceptable practice but it is retrograde and unworthy.

Chief Justice JS Kherar and Justice Abdul Nazeer were of the opinion that though triple talaq may be sinful, the court has no rights to interfere in the personal laws which are considered to be a fundamental right under the Constitution. They strongly supported the view that the parliament should bring a law to end the practice.

The Supreme Court also ordered the Central Government to introduce a bill within a time period of six months to supervise marriage and divorce in Muslim Community.

What do we make out of this verdict?

The Supreme Court verdict in a way has benefited the women of the Muslim Community. The practice of triple talaq was gender biased and the women suffered the most by it. The verdict seems to be a step taken to promote women empowerment.

All the five judges based their judgments according to certain norms of the Indian Constitution. Justice Rohington Nariman and UU Lalit based their judgment on Article 14 which was against non discrimination and equality before law. In talaq e biddat, the women were suppressed and discriminated on the basis of their gender which is constitutionally unethical.

Chief Justice Kherar, who is about to retire gave a pro government judgment stating that the Muslim Personal Law under Article 25 cannot be violated by the court but the Government should make laws to govern Muslim marriages and divorce within a time period of 6 months. Until then, the practice of triple talaq would be banned. Justice Nazeer also gave his judgment on the same line.

Justice Kurien Joseph differed from the others and based his judgment on the Personal Law Application Act of 1937. The Act was introduced immediately after the Government of India Act, 1935. Justice Joseph declared the practice of Triple Talaq “unconstitutional”.

This verdict would definitely increase support for Modi, who has been very vocal about the banning of Triple Talaq. The Indian society and government have also been evolving from time to time. The case of Mohd Ahmed Khan vs Shah Bano Begum is 1986 saw the victory of Shah Bano Begum but only to be annulled by a law introduced by Rajiv Gandhi to appease the minority at the expense of women equality. At that point, the law was passed with a clear majority of 405 votes. In 2017, Shayara Bano vs Union of India saw the victory of Shayara Bano under the government of Modi with a Congress reduced to 45 seats.

The irony of the verdict which was based on women equality is that the bench of judges did not include even a single women judge. This brings the real picture of the status of women in Supreme Court of India.

Banning triple talaq has been considered to be a historic moment by all Indians alike. But what about the other two forms of triple talaq?

At this stage, the banning of triple talaq is victory for the government and the people in India. But sooner or later, they have to alter the other discrimination on Muslim women.