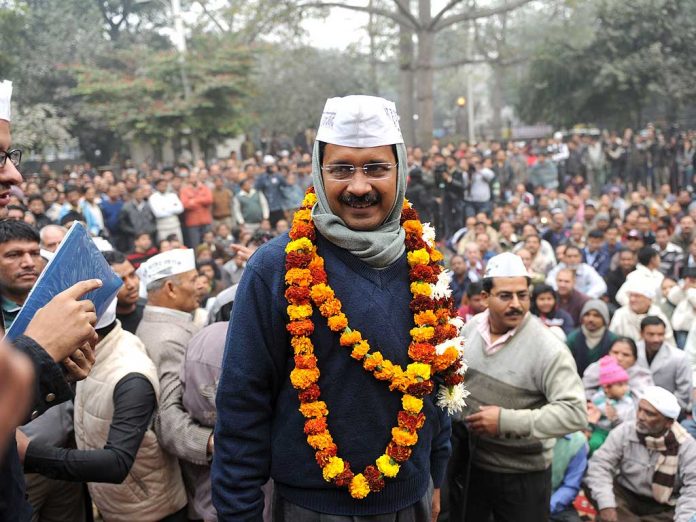 On 14 February this year, the Aam Aadmi Party (AAP) completed 4 years at the helm of the Delhi Government. Arvind Kejriwal’s AAP came to power by winning 67 out of 70 seats in 2015 Delhi elections. This resounding electoral achievement was termed as the victory of a common man. Riding on its electoral promises of the Janlokpal Bill and improvements in health and education, Arvind Kejriwal became the Chief Minister of Delhi. As his government completes another year, we examine the 4 years of Delhi government, its achievements, failures and the road ahead for AAP.

AAP made Delhi Janlokpal bill and the Swaraj bill as its topmost priorities. The Jan Lokpal bill deals with punishing the corrupt government officials; Swaraj Bill is intended to involve the masses in the decision-making through an effective framework. AAP then assured the people that they’ll work towards halving the electricity bills. They also assured to provide up to 20,000 litres of water to every household per month. Once the above limit was crossed, the full amount would be charged to promote water conservation.

Arvind Kejriwal promised that free Wi-Fi will be provided across Delhi as well as a promise of installation of over 1.4 lakh CCTV cameras. The cameras shall be installed in buses, bus stands, markets etc to look after the safety of women. The intention behind this was also to create jobs as more observers and enforcers would be inducted to carry out its effective implementation. A more ambitious promise of the AAP was that they’ll build 500 schools during their tenure. While respecting the good intent behind this move, 500 schools means building roughly 1 school every 3-4 days. In addition, 20 new colleges were also promised in their manifesto.

A key feature of Kejriwal’s rallies had been the demand for full statehood for Delhi. AAP ensured to work towards this demand and thus free Delhi from the Centre’s control. The Government also launched a ‘Happiness Curriculum’ with focus on meditation and mental exercise, including mindfulness practice, gratitude, morals and value-based stories and activities involving about eight lakh students.

In September last year, AAP launched the Doorstep Delivery Scheme for 40 public services. A helpline number was launched for the same and ‘mobile sahayaks’ have been actively involved in assisting the people for the same. This scheme received an overwhelming response and has been a hit among the Delhites. Such has been the progress of this scheme that 30 more services were announced earlier this year to be added to the scheme.  This will allow people to apply online for services like driving licences and marriage certificates and have them delivered at home.

Transport minister Kailash Gehlot said, “With this, the second phase of the scheme, the total number of government services provided through this initiative will be 70”

The AAP government went ahead with its electoral promise of free water to Delhi households. Residents who use less than 20 Kiloliters of water a month are not charged for it. Water bills have also come down as a whole.  Jyoti Sharma, water conservationist and president of NGO, Force, said the government’s efforts could be seen in the slums. “The free water scheme, despite its negatives, takes care of the availability issue. Rainwater harvesting and reviving water bodies were good initiatives but were not sustained,” Sharma said.

Health Sector has been both a hit and miss for the AAP government.  The government planned to set up Mohalla Clinics, 1000 in total to provide efficient and cheap healthcare services. This initiative has been appreciated by the likes of Kofi Annan, former secretary general of United Nations and Gro Harlem Brundtland, former director-general of the World Health Organization, as a move towards achieving better health coverage. 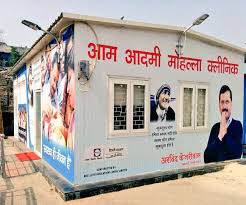 “Urban primary healthcare is often a neglected subject, leading to people going to hospitals for minor ailments. This results in time loss for the patient and improper utilisation of hospital resources. Such neighbourhood clinics will also help in the early detection and management of diseases such as diabetes and hypertension. It will reduce the need for quacks among low-income communities,” said Dr K Srinath Reddy, the president of Public Health Foundation of India.

However, there have been accusations of swindling money in the name of Mohalla Clinics. Only 180 have been set up to date. Ajay Maken said that 75% of funds for the Clinics remained unutilized in 2017-18. “There have been delays due to multiple reasons in many projects which we are working on. Even in Mohalla Clinics, the Centre tried to create hurdles,” Delhi’s health minister Satyendra Jain said a few days back.

The plan to provide free Wi-Fi to the citizens of Delhi is still on cards. Its expenditure has been estimated to be upward of 550 crores. The government intends to roll out this project this year. The project to install CCTV cameras is also yet to begin. The official word from the party is that they are in talks with the members of Resident’s associations across the city regarding the places of installation of the cameras.

Delhi and NCR are one of the most polluted regions of the world. Arvind Kejriwal has shown ambition to curb this menace to an extent but to very little success. He went ahead with his famous odd-even scheme, despite the public anger. However, it was a short term project with hardly any noticeable improvements in Delhi’s pollution level.

The case of stubble burning each year has also not been resolved as the political egos between the Delhi, Punjab and Haryana governments supersede the environmental concerns. The Government had further promised to bring 3000 new buses but failed. 1000 electrical buses’ promise is still in the pipeline.

The Yamuna is still in the same condition as it was 5 years ago.  Though AAP’s environment minister has promised reforms to clean the Yamuna as well as keep the Air Pollution in check, the recent declaration of NCR as the most polluted region in the world has put a dent on their credibility.

Since coming to power, AAP has been at logger-heads with Delhi’s Lieutenant Governor and the Centre. AAP has always claimed that the LG and Modi have interfered in their governance and have hindered their development initiatives. The dispute has gained national attention over the years with the SC also involved in their tussle now. Last Month, the SC made a decision on 4 issues that gave more power to the centre and referred 2 issues to a larger bench. Those 2 issues concern AAP’s main agenda that civil servants of Home Ministry are rewarded by the Centre to create hurdles in the Delhi Government’s projects. The apex court also added that Delhi is a special state, matters of land, services, and law and order come under the purview of the central home ministry and the lieutenant governor (L-G). The SC’s verdict drew flak from Arvind Kejriwal and he termed it as an injustice to the people of Delhi.

Also Read -   What went wrong with BJP in the Gujarat Rajya Sabha Elections? 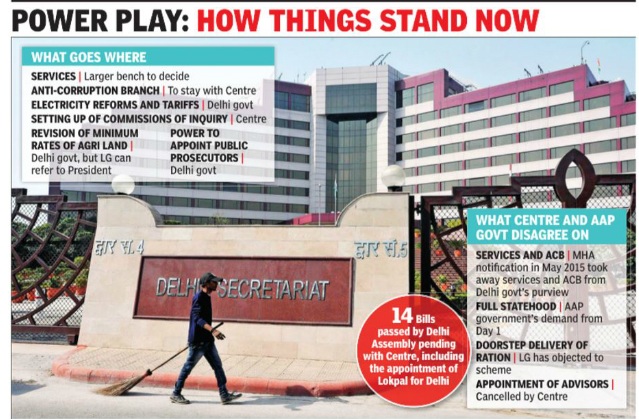 Arvind Kejriwal has been actively involved in National Politics, often engaged in dialogue with the opposition parties against the BJP. He has been a vocal critic of PM Modi and many of Modi’s speeches and initiatives have invited criticism and ire from the AAP supremo.

Recently, he drew flak from many sections of the country over his politics with the Congress. He formed the AAP on the promise of Janlokpal Bill, which is yet to see the light of day, and the vow of never forming an alliance with the Congress or the BJP. But Kejriwal has been trying to form an alliance with the Congress since last year, as a way to challenge PM Modi’s dominance. He argues that the anti-Modi votes shouldn’t be divided, hence the alliance. Thus, this changed stance of Arvind Kejriwal and a shift to the traditional political playground of Indian democracy has invited ire of even the rigid AAP supporters.

Rejection of the Alliance by Congress and the harsh word of Kejriwal that followed further dented his reputation. It would take massive efforts on his part to regain the lost credibility if AAP wants to gain something from the upcoming elections.

Reports on the ground indicate that people are satisfied with his initiatives but his foray into traditional politics hasn’t gone down well with many. AAP’s chance in 2019 looks bleak but is still in a strong position regarding the 2020 assembly elections. AAP has done an appreciable job in Delhi gaining admiration from many corners of India. Though it is yet to fulfil many of its electoral promises, people are still in awe of the ‘common man’ euphoria of Arvind Kejriwal. 4 years of Delhi Government has seen its ups and downs but should it continue on the path that won AAP 67 seats, it is destined to carve its name in bold letters on the plaque of Indian Democracy. 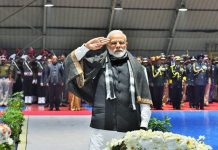 What is Cambridge Analytica and how will it affect the elections?