People belonging to the so-called “lower castes” have been subjected to atrocities, hate crimes and social exclusion from times immemorial. Even in the post-Independence era, frequent instances of atrocities were witnessed across the country. For example the massacre of Keezhvenmani, Tamil Nadu (1958) where 44 SC labourers were burnt to death in a confined building. Political parties thriving on OBC support alleged that the government avoided addressing basic contradictions, vulnerabilities, and causative factors; the response was only superficial, lacking radical solutions. 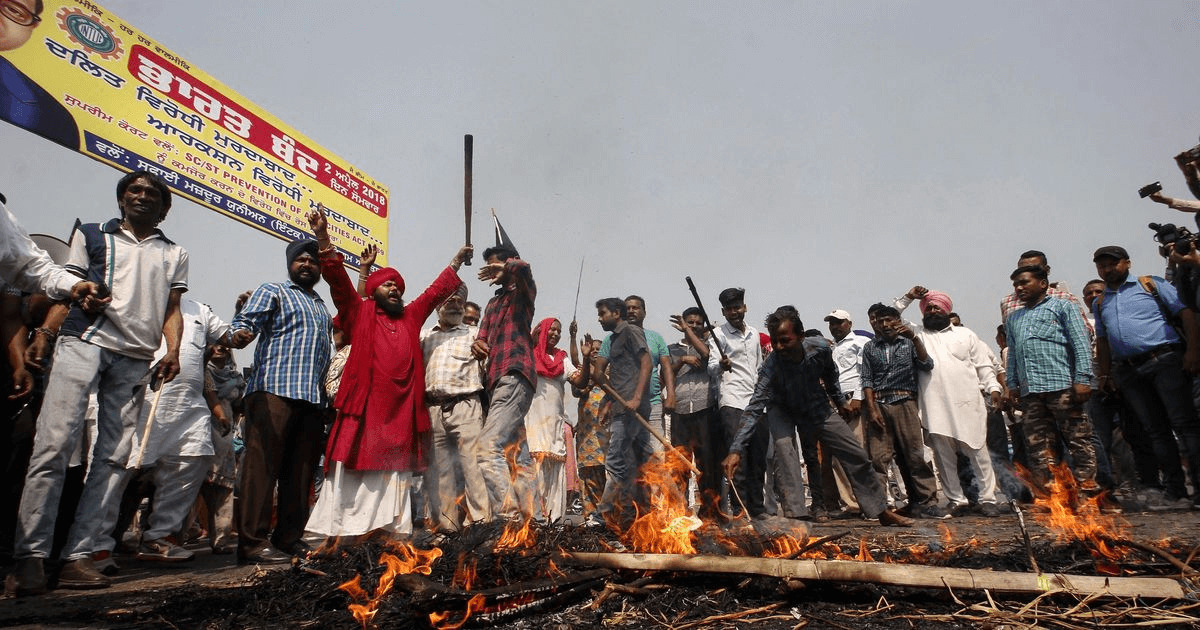 Therefore, in the face of this social and political turmoil, the desperate Scheduled Caste and Scheduled Tribes (Prevention of Atrocities) Act was brought about in 1989. With time and realisation of the expanded scope of fundamental rights and human rights of the accused, the honourable Supreme Court in discharge of its duties as the Guardian of the Constitution and individual rights diluted some provisions of the act in order to protect individuals from arbitrary and immediate arrest under the Scheduled Tribes (Prevention of Atrocities) Act. However, the government in power decided to pay no heed to the court’s decision and went on to pass a bill making arrests and detention under the act more arbitrary and more prone to misuse. Let us look at this more closely.

Challenging the judgement of SC on SC/ST Act –

Caste has been a permanent speed-breaker in the progress of our country, and 29 years after a law to protect the scheduled castes and scheduled tribes from atrocities came into existence, the Supreme Court diluted one of its provisions. The quick-fuse Dalit population took no time to react and put up a show of violence and hooliganism. At least 12 people were killed across Madhya Pradesh, Uttar Pradesh and Rajasthan as protests over the dilution of Act turned violent during the ‘Bharat Bandh’ called on 3 April. The Punjab government ordered a security clampdown, schools and offices were shut, internet services were suspended and the army and paramilitary forces had to be deployed. Life and economy in these states came to a standstill.

All this was because the court had directed against the arrest of public servants under the SC-ST act without written permission from their appointing authority. For private citizens, the court had stated that the accused of a similar crime, an arrest can be made only after the Senior Superintendent of Police concerned allows it. In the background of this murderous rage, the BJP government went on to file a petition challenging the SC judgement, appeals to maintain peace and law and order were nowhere to be seen. The judgement that was given indeed was in line with the rights of accused under article 20 of part III of the Constitution and in no means compromised affirmative action provisions of the government under article 16 or 17 under the same charter of fundamental rights.

The Lok Sabha, in a display of superiority and disapproval of the authority of the apex court, went on to pass the Scheduled Castes and Scheduled Tribes (Prevention of Atrocities) Amendment Bill, 2018, to bypass the recent ruling of the Supreme Court. The Bill will now go to the Upper House.

ARRESTS WITHOUT PRELIMINARY INVESTIGATION AND ABSENCE OF ANTICIPATORY BAIL PROVISION MAKES IT VULNERABLE TO CASTEIST ACTIONS.

The Bill inserts section 18A (1) (a) in the 1989 Act, that says a “preliminary enquiry shall not be required for registration of an FIR against any person.” The Bill also inserts Section 18A (1) (b), which says “the investigating officer shall not require approval for the arrest, if necessary, of any person against whom an accusation of having committed an offence under this Act has been made and no procedure, other than that provided under this Act or the Code, shall apply.”

The Bill also goes back to the original SC/ST (PoA) Bill, doing away with the provision of anticipatory bail the Supreme Court ruling had permitted. Section 438 of the CrPC deals with direction for grant of bail to a person apprehending arrest. 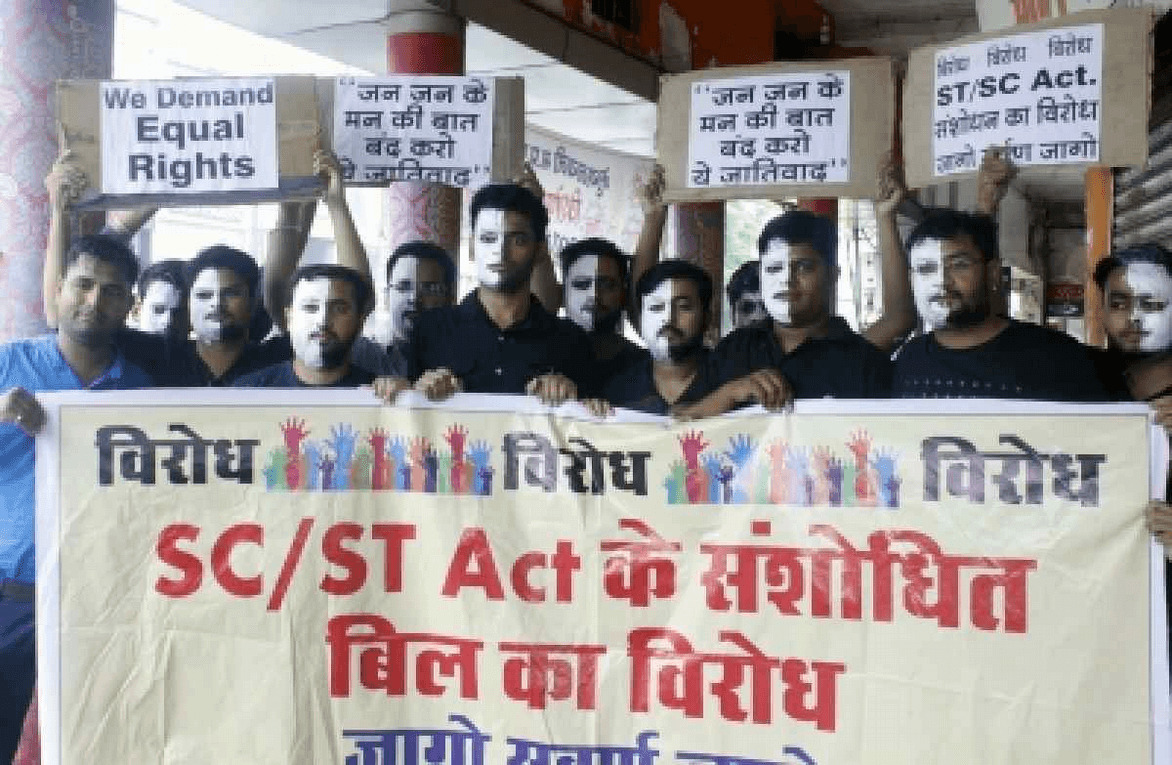 In recent times, with the accentuation of political rivalry, the tendency to implicate one’s rivals in false cases for the purpose of disgracing them or for other purposes by getting them detained in jail for some days is showing signs of steady increase. Section 438 ( anticipatory bail) is based upon the realisation of the fundamental right to life and personal liberty of an individual in a free and democratic country. In all ways inserting of section 18A(1)(a) compromises the fundamental right prescribed under article 21.

NOT UNDERSTANDING THE COMPLEXITIES OF CRIMES AGAINST THE SCHEDULED CASTES AND SCHEDULED TRIBES.

There is no doubt that the SC/ST act is a failed legislation because Dalits and Tribals still face discrimination. On the darker side of things, there is a widespread misuse of the provisions of the Act against innocent persons. As per the Supreme Court of India, the SC/ST act has become an instrument of “blackmail” and is being used by some to exact “vengeance” and satisfy vested interests. For OBCs have become a dominant caste by ousting upper caste because they were able to convert their numerical strength into political force once universal adult franchise came into being. Thus OBCs became the new oppressor of Dalits in place of traditional upper castes. There was a resurgence among Dalits due to reservation policy led to the emergence of middle class among Dalits who spearheaded Dalit movements. Identity politics, from leaders among Dalits themselves, began to express itself. urbanization and other opportunities followed by 1990 reforms lead to improvement in Dalits life. This was accompanied by violent clashes between different caste groups.

However, Dalits have also had a fair share in atrocities, even in the 21st century, like the Khairlanji massacre in Maharashtra 2008, Bhima-Koregaon violence in Maharashtra 2017 and the Una violence. Which explains the insecurities of the Dalit masses.

Differences in opinions within the alliance were evident enough.The president of the SBSP, an ally of the Bharatiya Janata Party-led UP government had come to acknowledge that, The decision of the Supreme Court is absolutely appropriate, as the SC/ST Act is widely misused. Innocent people are harassed in the garb of this Act and a case should be registered only after a probe by a magistrate-level officer.

Is BJP going to lose vote bank after SC/SC act – 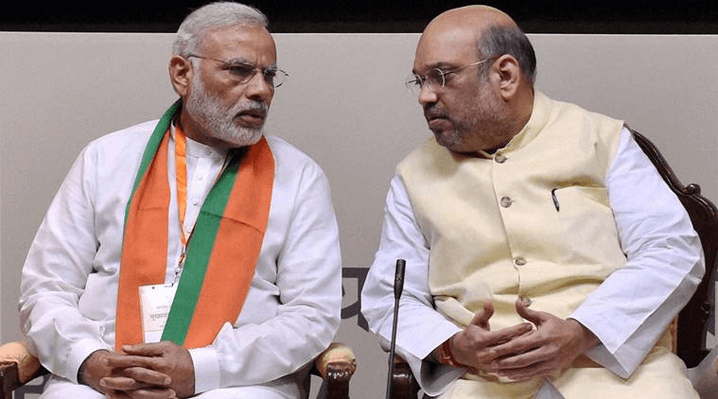 All this highlight towards the need for logical interpretation of the Constitutional provisions in the light of prevailing circumstances. Both the legislature and the judiciary are important organs of the government and their action lead to consequences which can not be ignored. India is not unaware of the fact that how a truce between the judiciary and the legislature can endanger democracy. During Indira Gandhi’s tenure when the legislature was increasingly intermeddling with the functions of the judiciary, it could no longer act independently. The decisions of the SC often are in tune with the intellectual population and academia. During Rajiv Gandhi’s term, we have seen what happens when the ones in power don’t agree with the apex court and pass contradicting laws in the house.

There is a chance that BJP in this seemingly desperate attempt to please the SC-ST populace, might lose on to the faithful vote bank of the upper caste Hindus and the intellectual/ academic population. The Supreme Court on Friday sought a response from the Centre on a batch of pleas seeking to declare the fresh amendments to the Scheduled Castes and Scheduled Tribes (Prevention of Atrocities) Act made by Parliament, as ultra vires. Therefore, it is in favour of BJP to take a decision inclusively, not exclusive of different opinions of the public.

You can vote here:

Let us know which party you will vote in 2019 elections.