On the 14th of February, a whole 78-vehicle convoy of security vehicles was carrying military personnel on the Jammu Kashmir National Highway was attacked. This attack was made by a vehicle (Mahindra Scorpio SUV) that was carrying explosives. This blast caused due to a 100 kilo RDX bomb while the car was also carrying an additional 300 kilograms of explosives. This day was termed as Black Day for India due to this irreparable loss of the nation.

The terrorist group Jaish-e-Mohammed had plotted the attack. This is a Pakistan based Deobandi Jihadist group which is active in Kashmir. This group has had close relations with other terror groups such as the Taliban and the Al-Qaeda in the past. They continue to be allied with them even today. This group has been declared as the “deadliest” terror group in Jammu and Kashmir. Adil Ahmed Dar, a young terrorist belong to this terror group, was identified as the main attacker of the Pulwama attacks.

This is not the first time that the Jaish-e-Mohammed has attacked the Indian Army. Attacks by this group have been made previously as well. They have been made in 2015,2016 and 2017 in Gurdaspur, Pathankot Air Force Station and the Commando Training Center at Lethpora respectively.

Details of the Pulwama Attack

Around 2500 Central Reserve Police Force Personnel were travelling from Jammu to Srinagar on the 14th of February. While on its way on the National Highway 44, the first bus was rammed into by a Mahindra Scorpio SUV. This SUV was carrying around a 100-kilo RDX bomb and an additional 300 kilos of explosives. 44 jawans were martyred because of this blast. This heart-wrenching incident took place at 3:30pm leaving the whole nation in deep shock and anger. Adil Ahmed Dar carried out this incident, which killed 44 personnel of the 76th Battalion. 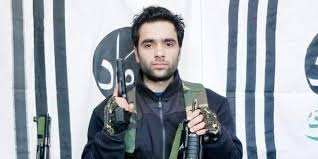 Adil was a 20 year old youth who was supposed to appear for his exams in class 12th before he went missing recently (as reported by his parents). His father Ghulam Hasan Dar stated that he was also pained over the death of the CRPF Jawans. He stated that he did not even have inkling that his son had been indoctrinated into a terrorist group. The attack took place at Lethipora near Avantipora. This attack has been the deadliest attack in the Kashmir Valley since the last 30 years of insurgency in Kashmir.

Political Reactions to the Pulwama attack:

As soon as the news of the attack reached the Government at the center, the government granted the Indian Army the freehand to strike as they find suitable according to the situation and full freedom to retaliate was given to the Indian Army. The attack was strongly condemned not only by the Prime Minister of the Nation but also by all other political figures. The Opposition also stood in solidarity with the defense forces of India as well as the government.

Other countries such as the USA and China also condemned this heinous act. Even the Russian President stood in solidarity with the Indian Prime Minister and President. France also promised to lend support in order to fight against these terror networks and prevent any such cross-border attacks.

Measures taken after the Pulwama attack:

The instant or the immediate measure that was taken after the attack was to grant the soldiers immediate freedom to retaliate against this attack. The Cabinet meeting at the center was held at 7am the next morning in order to take effective actions against the attack. As a result of this Cabinet Committee on Security Meeting, India withdrew the status of the ‘Most Favored Nation’ from Pakistan as the country was found to harbor the terrorist group behind this attack. India has also decided to further cut the trade ties with Pakistan as well as launch a diplomatic move against the country.

Moreover, India has also made efforts in order to further isolate Pakistan in the Financial Action Task Force (FATF). Although Pakistan has already been put in the grey list, it might soon be blacklisted if it does not curb its terror groups funding.

All these steps are in light of the fact that the founder of Jaish-e-Mohammed, Masood Azhaar, roams around freely in the country as Pakistan does not change his stance on him and harbors the group.

Encounter of JeM terrorists after the 14th of February

On Monday, 18th February, the defense forces launched an encounter against the Jaish-e-Mohammed terrorists and were successful in killing Abdul Rashid Ghazi, the mastermind of the Pulwama attacks, along with two other terrorists belonging to the group. This encounter was a 20 hour-long gun battle between the defense forces and the terrorists. However, five personnel from the security forces also lost their lives in this encounter. Moreover, even a civilian was killed due to this encounter as the house along with three neighboring houses was gutted by the gunshots. This was because the terrorists tried taking shelter in these houses.

However, even the success of killing the mastermind behind the Pulwama attack cannot be celebratory as the nation has been deeply shocked and is in great remorse due to the heavy bloodshed that the attack caused. The nation has not entirely been able to come out of the state of shock yet. Moreover, there has been a further loss of lives due to the encounter with the terrorists. The entire Nation’s blood is boiling at this time as everyone is restless and wants an impactful action to be taken against the people responsible for this horrific act stripped of any humanity.